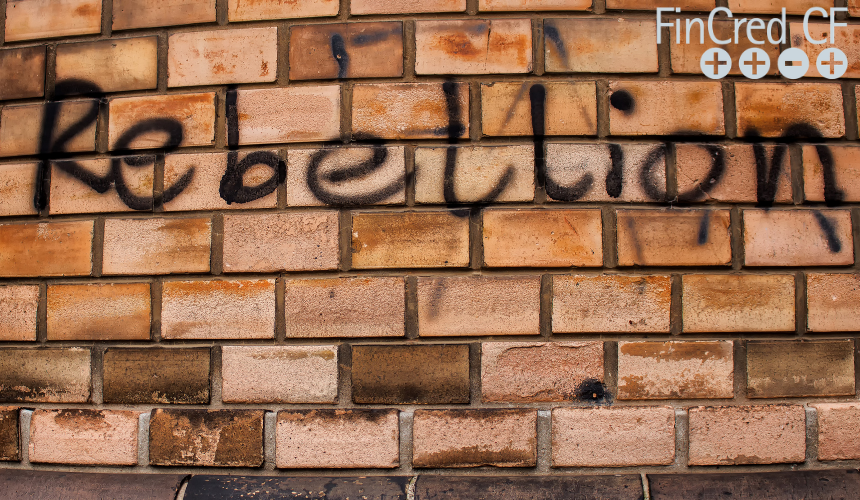 As businesses reopen into a post-COVID era, many expect a new corporate status quo. Public sentiment has shifted to a greater awareness of existential risks such as climate change and epidemiology, with corporate culture progressing to one of stronger accountability. The checks and balances within corporate governance have been met with ever-increasing scrutiny, particularly since 2002 when George W. Bush initiated the Sarbanes-Oxley Act following the scandals at Enron and WorldCom. A global consciousness of financial activity and its consequences is becoming more obvious each day, whether it shows through shareholder activism or traditional self-interested motives. This article will explore the recent investor rebellions at a selection of companies, consider the reasons why the rebellions happened, and suggest thoughts about what this means for the future of corporate culture.

AstraZeneca is the pharmaceutical and biotechnology company producing one of the COVID-19 vaccination jabs. It has seen its fair share of controversies, particularly from within Europe now the UK is leaving the European Union. Disputes have arisen that AstraZeneca has obligations to provide jabs to nations that suffer shortages, and at the time of writing the Belgian Court will be deciding whether the European Union is correct in demanding 20 million surplus jabs by the end of June. The jab also saw a supposed connection to rare blood clotting in the brain, causing many countries to recommend against its use. However, these are not necessarily management problems; the company has been thrust into the forefront of responsibility for aid out of virtue of its niche and the timing of the COVID-19 virus. What is telling of their managerial dynamic is the fact that 40% of shareholders balked at the proposed pay-rise of up to £18m for CEO Pascal Soriot.

Oddly enough, this is not new. Some press releases have neglected to mention that 2020 saw a similar fate when AstraZeneca reduced Soriot’s surplus remuneration to 20% of base salary as feedback from investor backlash. In 2019, investors also retaliated against Soriot’s £11.4m remuneration, and 2018 again saw apprehension in pay rises. 2021, however, has seen radically different circumstances. The idea of large remunerations is to reward productive and profitable management; since AstraZeneca is one of the few producing novel COVID-19 vaccines, the company has justified the CEO’s payment citing exemplary performance spanning the pandemic. AstraZeneca also mentioned that it is attempting to close the European and global market gap with pharmaceutical executive pay, and is also rewarding the company’s profits from cancer-related drugs since Soriot took over in 2012, with shares rising 80% over that period. While the CEO was praised for conducting non-profit operations in order to distribute the vaccine to third-world countries, such honourable motives feel undone with excessive executive pay.

While Soriot’s pay rise was formally approved on Tuesday 11th May at its Annual General Meeting (AGM), a “meaningful proportion” of shareholders did not want to support the policy, standing at around 40%. Aviva Investors and Standard Life Aberdeen were among those who voted against the pay package, positing that such a remuneration would tarnish the company’s reputation following the aforementioned controversies. Investor advisory group Institutional Shareholder Servies recommended investors to vote against the proposal, as well as Glass Group and PIRC, precipitating such concerns into a legitimate movement. Shares dropped by 1% on that day, and AstraZeneca had finally encountered its seemingly annual shareholder rebellion. One thing has managed to get passed, however; over 99% of shareholders agreed to the $39bn acquisition of Alexion, suggesting that diplomatic channels remain between investors and directors. That said, there is no time for early celebration; just this week the UK Government announced an investigation of the takeover by the market watchdog Competition and Markets Authority, with a phase 1 decision deadline of July 21st 2021. There is no clear path forward for AstraZeneca, but it has announced that it is expecting the deal to go forward in Q3 2021.

AstraZeneca’s publicity shows no sign of losing momentum; with the novel COVID-19 virus and the company’s aggressive vaccination rollout, Pascal Soriot has been elevated to a new-found celebrity status. Other companies do not share the dependence, relevance, and attention of AstraZeneca, yet many are experiencing investor rebellions themselves. Very recently, the British car  manufacturer Aston Martin faced 18% of investors voting against its remuneration report, with 17% stating problems with chairman Lawrence Stroll’s re-election and CEO Tobias Moers’ £142,000 bonus for 2020. That there are so few women on the board of directors was a big motivator; the only three women on the board had left in the last year, resulting in a return to an all-male board in 2020 and a loss in share value. Progressive agendas are now seen as fiscally significant; Royal Dutch Shell similarly faced a shareholder revolt at their AGM on Tuesday on grounds that the company is not doing enough to reduce greenhouse gas emissions. Legal & General’s management division LGIM joined forced with other shareholders to vote against Shell’s climate plans; the subsequent resolution was supported by 30% of investors. Furthermore, a district court in the Netherlands side with the resolution and demand that Shell aggressively cut emissions. ExonnMobil had activist investor Engine No. 1 win a court battle from the support of larger shareholders and is also now facing reprimands if it also does not slash emissions. Shareholder activism is nothing particularly new, but what was once deemed ‘activist investing’ is now becoming a new business status quo. While these agendas are progressive, these shareholder rebellions suggest that it is now economically viable to behave in a less self-interested manner. The trend of corporate insurgence is cross-pollinating multiple sectors.

Shareholder delegation is always hard; to have an individual Chief Executive Officer represent your interests is difficult, particularly when the stock market behaves erratically. How can anyone trust a single agent to coincide the desires of each and every investor in a company? It almost seems impossible. Nevertheless, AstraZeneca’s Pascal Soriot did impress many analysts from his performance over the last few years and had much praise in opinion pieces from a plethora of papers. The shareholders were simply apprehensive about the staggering remuneration. What is happening is perhaps an instance of the principle-agent problem; when a principal (the shareholders) delegates authority to an agent (the CEO), there is a trust that their interests will coincide and the agent can best represent the desires of the principles. ‘Agency loss’ is any discrepancy from the perfect representation of the principals’ interests, and only principles can correct it. This is why we have seen the checks and balances of businesses fail; if shareholders don’t notice their agency loss, nothing will happen. When shareholders are aware of agency loss, they will rebel; otherwise, the agent has no personal interest in defending those of the principles, amounting to significant moral hazard and costly expenditures.

As the rebellions continue, so will our analyses. Economies are returning from pandemic induced inertia, yet the frequency of rebellions have surged. What this can tell us, however, is a much more promising feature of corporate governance; shareholder sensibilities developed a recognition of their agents and are now holding them accountable at a much higher rate. Perhaps it is quixotic to say that only from an imposed shutdown of activity could we look beyond profits and focus on governance. But whatever the reasons, consumers and investors can rejoice in more responsible and coherent business.