Branch Closures and Digital Finance: How Banks are Accelerating the Transition 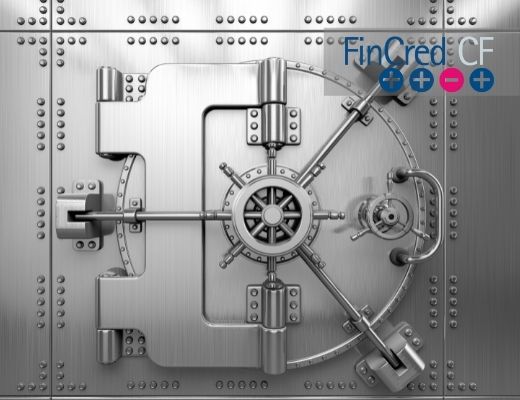 The UK is in a unique position as its economy recovers from the COVID-19 pandemic. Concerns are rife whether confidence in the markets will be sufficient enough to allow businesses to stand on their own two feet. Online marketplaces and tech companies will be required to report revenues to HMRC, affecting landlords, gig workers, and freelancers. Private equity purchases not only put national security at risk, but also suggest that domestic investors undervalue our own companies. All this turmoil led some to wonder what else we might be undervaluing in our society. There are so many things we take for granted each and every day, particularly as the homogeneity of lockdown lifestyles changed our expectations of the economy. However, one thing we should not take at face value is the accessibility and distribution of cash. This article will examine the current situation of how access to cash is being affected by bank closures, and how the expansion of powers granted to the Financial Conduct Authority (FCA) could support those most affected.

Since 2015, banks have been closing branches in UK towns and cities at an average rate of 50 per month. That number is quite staggering, particularly when you consider that a Which? Study shows that 1 out of 7 customers are not aware of any closure on high streets until the doors have already shut. Furthermore, once a branch closes, it is much harder to get it to re-open; HSBC, TSB, and Santander, have never reversed a closure decision. The rationale behind the closure epidemic is that the COVID-19 pandemic heavily decreased footfall in branches and drastically increased reliance on digital forms of payment than actual, physical cash. The FCA estimates that cash machine withdrawals dropped £37bn in the first year of the pandemic alone. Nevertheless, cash still plays a role in our current society, with UK Finance acknowledging that many people do not want to or are unable to transition to new technology for digital personal financing. Even in the month of July 2021 alone, £665m was withdrawn from Post Office counters, the largest ever recorded. While the move to a digital economy feels inevitable, it is important not to leave customers behind during the transition.

Many are now concerned that, if banks continue to close their branches on high streets, not only will the vitality of local economies be put in danger, but so will people’s access to cash. A study from the trading community website AskTraders shows that if closures continue at this current rate, high streets will be void of branches by 2032. A bank analyst at Goodbody, John Cronin, agrees that banks are facing fiscal pressures from decreased footfall – empty office spaces are a guaranteed way to lose money. However, having powers granted to regulators such as the FCA could help prevent any knock-on effects on elderly or vulnerable consumers. These effects could include, of course, disproportionately long travel just to get access to cash for certain customers.

Such concerns instigated a consultation between the UK Treasury and the FCA, which concluded that expanding the purview of the FCA’s powers could mitigate negative consequences of bank closures. Namely, the FCA can cancel the closures if it wants to. Currently, banks are in advanced talks to set up ‘community banking hubs’ that could offer spaces on high streets occupied by multiple banks. Such community banks would retain customer services, walk in appointments, and small business and personal banking advice. However, this is only a concern because the banks are considering closing their branch networks to just 400 each - a devastating move that could leave only 2,147 branches between them across the UK. Negotiations regarding the community banking hubs include funding over the next 5 years, although Tom Merry from Accenture believes that banks will do their best to secure greater flexibility in their arrangements.

According to sources from the Financial Times, the consultation confirmed that, while certain elements where unclear, the FCA has been granted the power to candidly block any branch closure if inadequate cash resources are left in place. Pilot programmes are currently ongoing in certain regions such as Rochford, which are being used to see how well branch closures can be phased out. One trial involves the community bank hubs mentioned above. The other trial includes Post Office banking, which will have the extra bonus of no queues from people returning online shopping. However, the subsequent demand for cash is still unclear, and the powers granted to the FCA must be used deftly if we are to support those being left behind in the transition to digital finance.

UK Chancellor of the Exchequer Rishi Sunak promised to those who rely on cash that legislation will be in place to ensure their continued support. The FCA is putting pressure on lenders to agree to arrangements by Christmas; if there is inadequate infrastructure in place to leave access to cash, then the closures will be blocked. Our last article on the digitisation of finance painted a picture of inevitability in the transition – what is not inevitable, however, is rendering of large swathes of the population with no access to money. While cash represented 60% of all payments in 2008, and only stands at 28% in 2018, there is still an essential role for it in contemporaneous society. As Gareth Shaw, head of money at Which?, stated, this is not a transition we solely can trust market forces to determine; some degree of intervention, such as an expansion of the FCA’s power from the Treasury, can safeguard some communities’ access to cash.

If the reader is affected in any way by recent branch closures, we would recommend appealing to your local council or MP. Since the issue is becoming more mainstream, politicians and representatives are compelled to take more notice. The ability to manipulate payments through online services is a feature of society that will inevitably become more relevant. It is also true that the COVID-19 pandemic dropped footfall and catalysed the trend toward digital payments. However, that does not speak for everyone; banking director for the Post Office Martin Kearsley stated that a lot of their counters are the last available in many towns and cities across the UK. In conclusion, the trend toward digital finance is inevitable, but we can only wait and see how well the UK Government responds to these worries. The expansion of the FCA’s powers offers some security at least.