Cash Flows No More: The State of Affairs in post-Greensill Finance 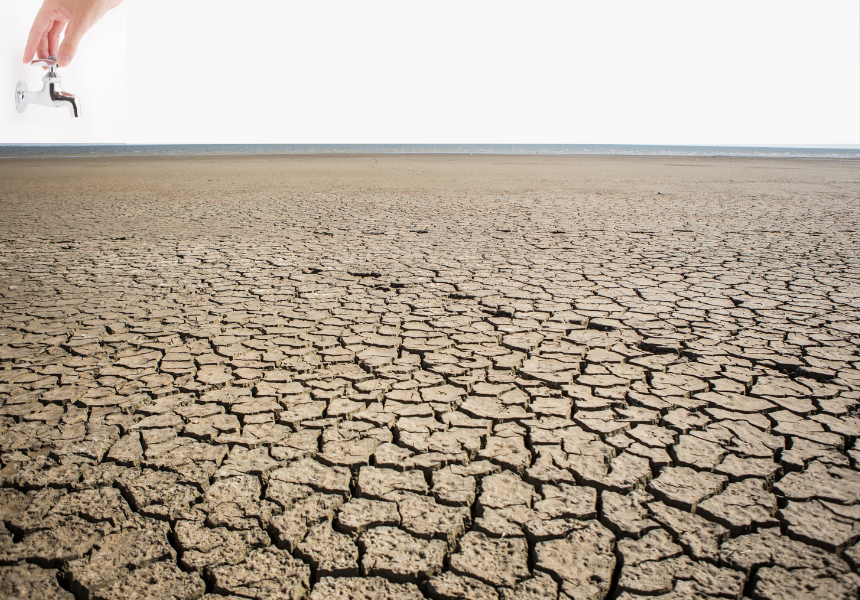 Cash Flows No More: The State of Affairs in post-Greensill Finance

Financial deregulation has been an increasingly important factor of fiscal policy since the 1980s; the world saw the effects of complacency in the crashes of the early 1990s, the Dot Com Bubble, and of course the sub-prime mortgage crisis. While the complexity of Greensill Capital’s demise can give us assurance that the direction of where to go from here will become clearer in the future, markets and employees are left with unanswered questions and indelible insecurities. The nature of complex repackaged bonds echo the mistakes of 2008, but as of yet we do not know where the majority of the costs will lie. For now, we will examine who Lex Greensill is and how his crash happened, the impact on the economy at large, and the subsequent political collateral. This article is subject to updates.

Lex Greensill was born in Queensland, Australia, in 1976. His parents owned a sugar-cane and melon farm, but Lex attended business school in London and moved to Britain in 2001, working for firms Citigroup and Morgan Stanley within a few years. Greensill Capital was founded in 2011, focusing on supply chain finance; an established service that allows businesses to purchase goods or services from their suppliers at a discount by using cash rather than open credit, provided by the financial institution (in this case, Greensill capital), who will then get paid the full amount later. It can involve the repackaging of invoices into bonds, to then be sold as securitised loans to third parties (such as Credit Suisse). It can help tremendously with suppliers’ cash flow, and another advantage is that the money owed to the institution will not be recorded as debt in the books. Free trading practice may have permitted the complexity of the bonds, precipitating the collapse of Greensill Capital.

After its founding in 2011, Lex Greensill became an advisor to the then-Prime Minister David Cameron, helping produce a government-backed supply chain finance scheme for community pharmacies in the UK (although, this did lead many to question—why would the UK Government, with reputably solid cash flow, need a supply chain finance model?). In 2014, Bill Crothers was admitted for a position on Greensill’s board while still employed as a senior civil servant—a move that was passed by the Cabinet Office and constitutes one of the many intersecting scandals in the entire debacle. To make matters even more complex, David Cameron, after his resignation in 2016, was appointed as an advisor by Lex Greensill in 2018—another exposé to come under scrutiny following the Coronavirus Business Interruption Loan Scheme (CBILS) in 2020. In retrospect, the cronyism resembles a patent precursor to the business’ failure.

Greensill Capital spent years building its fortune and reputation, only to have it dissipate in what felt like the snap of a finger; having once been valued at $4b, the company collapsed to $100m when in discussions for an acquisition with Apollo Global Management in March 2021—a project that was later abandoned, as it was clear Apollo’s interest only lies along its operations with Vodafone. To spectators, the whole affair may have come as a surprise, but subsequent documents of the company’s finance revealed interesting predicaments. In May 2020, many of Greensill’s clients ended up defaulting on their obligations, including NMC Health and BrightHouse, leaving Greensill out to dry. The degree of insecurity lead German financial regulator BaFin to conduct audits into Greensill’s operations over concerns that the company may have too much exposure to a single client. This revealed that Greensill Capital had its single greatest exposure to Sanjeev Gupta’s GFG Alliance—a previously dubbed “Saviour of Steel” given his rapid investment in the steel market, and the regulator advised Greensill to mitigate its relations with the enterprise.

Supply chain finance models would carry a contradictory level of risk if not protected by some degree of insurance, but these insurance companies need confidence in the services they provide—a confidence quite thinly spread, it seems, as some reports show that Greensill’s insurance company was considering terminating its renewal clause as early as July 2020. The move was completed in a dramatic sequence of events on March 1st 2020—the insurance company set to formally terminate the $4.6b agreement, but Greensill made a remarkable last-minute attempt to force the company to renew their arrangement at the Supreme Court of New South Wales. The Judge ignored and dismissed the argument (perhaps because, if the contract was renewed, it would likely cause the bankruptcy of one of Australia’s most competitive insurance companies). An incredible chain reaction followed; Credit Suisse, one of Greensill’s largest stakeholders, froze their exposures to four of Greensill’s supply-chain funds, stopping Greensill’s assurances, worth $10b at the time. Within one week, Greensill’s biggest supporter GFG Alliance, as a product of regulator BaFin’s scrutiny, reported extreme financial difficulties and was also expecting to renege on financial obligations. Many other third parties started to panic and returned back to their investors. On March 8th 2021, Greensill Capital filed for administration and announced that it was unable to repay Credit Suisse a $140m loan. Stakeholders, including the German Government, Liberty Steel (owned by GFG Alliance), and of course Credit Suisse, were provided fiscal vacuums with no remedy to fill them. Liberty Steel manages at least 3,000 jobs in the UK. 3 of its aluminium plants in France filed for bankruptcy and are being propped up by the French Government. In March 2021, the prospects were dire, and the only people looking to take the hit were consumers.

The German financial regulator BaFin had done its homework when studying Sanjeev Gupta’s financial records; it appeared that Gupta’s Liberty Commodities had purported invoices with four European metalworks companies, but all had denied ever doing business with Gupta, occurring only one week after Greensill administrator Grant Thornton was unable to verify other dealings too. Furthermore, parts of the invoices included deals that were merely prospective—meaning they had not gone through nor had even been finalised. Suspicions began to arise of inflated invoices for larger loans, or perhaps even fraudulent documents to generate liquidity. Sanjeev Gupta has complained about the inaccuracy of such speculation and has insisted consistent transparency about his arrangements. Such insistence could not have come at a worse time, as further inspection has shown that GFG Alliance manipulated the terms of the COVID-19 relief package for businesses – CBILS – by adding entities to the conglomerate so as not to be restricted by the £50m-per-company price cap and to pocket £400m instead, using Greensill’s authority as a lender for the scheme granted in 2020. This inevitably lead Greensill unable to provide evidence of any receivables of the various dealings with GFG Alliance, amid investigation from German authorities—advanced receivables can only be treated an unsecured loans. The crude manipulation of the scheme lead the British Business Bank to strip Greensill of its authority for CBILS and also of any guarantee behind loans to Gupta, further catalysing Greensill’s demise.

GFG Alliance is urgently looking for refinancing, having requested a rescue loan of £170m from the UK Government, only to have it rejected by business secretary Kwasi Kwateng. It appears to be in talks for financing in Australia, although any optimism was apprehensive to show itself at the time. It appears that GFG Alliance owe Greensill around $5b at the time of its collapse and Credit Suisse $1.2b with no clear way of doing so. The UK Government’s rejection for the £170m loan arose from concerns that the request came from the parent company GFG Alliance, and not the subsidiary Liberty Steel that poses the greatest risk to the UK Economy because of the collapse. With no assurances of where that money would go, GFG is in dire straits to source funding—funding that no company wants to touch with a 10-foot pole. This leaves UK Steel faction Liberty Steel at risk of losing 3,000 domestic jobs and unable to pay any debts of its own—Steel is currently facing a lawsuit due to unpaid obligations to conglomerate Tara. In a very recent update, Steel has appointed a new team to help source finance and streamline expenses, and has reported success in sourcing funds in Australia; however, the appointment of Iain Hunter as chief governance is rather obscure given that the last we had seen of him was as CEO of Gupta-owned Wyelands Bank, which has now been ordered by the Bank of England to pay back all of its savers. What we do know is that Gupta will likely be facing Members of Parliament over its financing, and some speculations that if the UK Government is asked to step in, the debacle may cost the taxpayer up to £5b, an abysmal prospect forcing us to confront questions of corporate responsibility and ethical governance.

Greensill’s ties to the British establishment was a double edged sword, assisting in its rise but accelerating the fall; the appointment of Bill Crothers while still retaining a position as a civil servant, as well as the intimate relationship with David Cameron both while he was in and out of office, have painted an unbecoming picture of cronyism and corruption in contract procurements. January 2014 saw the passing of legislation imposing greater transparency in corporate lobbying, introducing a register for consultant lobbyists; an ironically foreboding motion, since only 4 years later was Cameron lobbying on behalf of Greensill. In July 2018, Greensill took over the supply chain finance model for NHS Pharmacies, and the following August Cameron was awarded shares that would have been worth up to $70m. In October 2019, Cameron had a private meeting with Health Secretary Matt Hancock discussing a payment roll-out scheme for the NHS. And in then in 2020, Cameron had sent personal text messages to Chancellor Rishi Sunak for ostensibly exclusive access to COVID-19 emergency loans (although such tactics did not appear to come to much fruition). To spectators and insiders alike, some of these arrangements feel reminiscent of cushty contract procurement more than open democratic process.

The State of Affairs

Researching this still-unfolding story made me think of more reified accidents, or how risk management can be patently obvious in some circumstances and yet imperceivable in others. The ‘Swiss Cheese’ Model of Accident Causation posits that individual hazards, perhaps even insignificant ones, can line up in a cumulative arrangement to allow accidents or losses to pass through and occur—much like how small shallow holes in a block of swiss cheese can align to make a long hollow tube. This story eclipses any other typical scandal in that it has uncovered an intersection of controversies spanning various professions and industries. In many ways, governmental institutions and the public alike will be forced to face questions regarding ethical sustainable governance and where responsibility truly lies in free-market trading. The losses incurred from Greensill’s collapse will be felt around the globe, but we still do not know exactly how those losses will be distributed. As the story unfolds, we will provide updates, and the reader should bear in mind that this article’s purview only covers a fraction of the phenomena. The repackaging of invoices into bonds has once again resurfaced in the financial landscape—let us hope we learn from our mistakes.