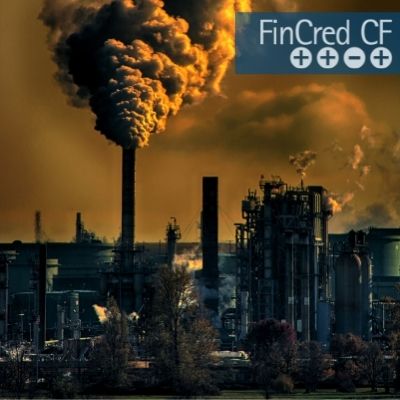 Future historians might find 2021 a year of compensation from 2020’s inertia. Social movements and political diatribes are filling global news narratives, while think tanks and governments address some of the largest existential risks mankind has faced yet. The implementation of policies for climate change has always been painfully slow, with bipartisan agreement a rarity in discussions of carbon tax or energy transitions. Unfortunately, nations around the globe still face bureaucratic bottlenecks limiting meaningful change for greenhouse gas emissions. Nevertheless, there has been some recent progress – the US President Joe Biden has pledged with the EU to trim methane pollution by 30% over the next 10 years, and the upcoming COP26 in November is being perceived as a potential pivot point for a global consensus on climate change. But we are far from any sense of relief – many countries are trailing behind Paris Agreement promises, and any preparation for a transition away from fossil fuels needs to be conducted now. This article examines the implications of recent studies assessing the economic impact of climate change, and what this might mean for the future.

The UK Government’s 2030 ban on petrol cars is a bold step in the right direction, but to treat it at face value would be a mistake; just like many green investments, they are not short term and require a fair amount of preparation and support. To be fair, we are witnessing exactly what the Government pledged, namely, green infrastructural projects that have funding from abroad. In order to survive the 2030 ban, car makers are setting up heavy investments, with Nissan building a £1bn factory in Sunderland expecting to produce 100,000 new batteries per year. Just 25 miles down the road from there, Britishvolt is making a bigger plant with aims to produce 300,000 electric batteries per year – the company is also enjoying a sailing $1bn valuation following a $70m injection from shareholders. These are very promising endeavours and are undoubtedly necessary for smooth transition away from fossil fuels. However, we might still need more: while estimates vary of how many gigafactories would be needed to fund the domestic demand of batteries, we are certainly lagging behind other European nations. Current prediction state that the UK will have 12 GWh of battery plant capacity by 2025, while Germany will have a staggering 164 GWh. Over the course of this pandemic, we have seen a flurry of sales of domestic companies to overseas acquirers – the controversies of Meggitt and Ultra Electronics speak for themselves – but to encourage any further dependence to neighbouring countries would be foolish. For this transition to work well, companies need to digest the fact that they will need to spend more money. Furthermore, the inherent myopia of party politics puts the adequacy of ministers into question; any pledge of loyalty from a politician for such a cause could easily be undone for the next popular fad or short-term boon. Long-termism is a must for those investing in this space, and it might be something best left to corporates.

IAM Quantification and the Purview of Cost

While many are perceiving the transition away from fossil fuels to green energy as a burdensome expense, I would recommend a change of perspective. A recent study published by the Environmental Research Letters journal shows that the prospective cost of climate change by the end of the century could be up to six times as high as previously forecast. Six times! Such a significant discrepancy could not be chalked up to a small miscalculation. This turned out to be true: in effect, previous models oversaw the potential devastation from the risks of climate change and wrote them down as temporary dips in GDP levels. This was an unreasonable metric; countries cannot recover from natural disasters such as droughts, heatwaves, and fires, within a matter of months. Furthermore, the scientists in the study posit that the cost of climate change will lie in more intangible factors such as health, saving and labour productivity. This oversight was actually anticipated years before: in 2015, a Stanford scientist wrote a paper qualifying the potential costs of dramatic climate change and noted that short-term factors do not account for the entire impact of cimate change. Integrated Assessment Models, or IAMs, used to assume that climate change would only alter the level of GDP, and not its growth rate. This is a crucial decision: affecting the GDP growth rate will have much longer lasting effects as the costs will compound over time. Mere dips in the level of GDP, on the other hand, can be overcome like a one-off expense. Previous estimates of climate change-induced costs therefore probably understated the entirety of the costs and risks. When IAMs do not account for changes in GDP growth rates, by 2100 our GDP could only drop around 6% lower than it would be without the effects of climate change. When the IAM accounts for GDP growth rate changes, that loss jumps to 37%.  Areas most affected will be those involved in agriculture, forestry, coastal property, and intangible goods such as biodiversity, human health, and environmental quality.

Many have thought that the global shutdown from the COVID-19 pandemic significantly reduced corporate production and therefore mitigated carbon emissions. While this is partially true, we are now in a situation whereby any gains we achieved from the lockdown is not going to slow down perpetual warming. Global emissions in the power and industry sectors are either at the same levels of output as in 2019 or higher. While 2020 saw a 5.6% reduction in global emissions, this number was still not significant enough to be discernible from natural variation.  It is a step in the right direction to focus on infrastructural projects to ensure that green technology can be implemented sufficiently, but it’s important to bear in mind the subsequent geopolitical dependence on exports and imports, as well as how well politicians can commit to long-term pledges. It will be difficult to ensure that the UK produces enough gigafactories, and that our IAM metrics are accurate, but the benefits are worth it – after all, the costs of climate change itself will probably be much larger than the costs of