Equity and Debt Financing: A Potential Erosion of ESG 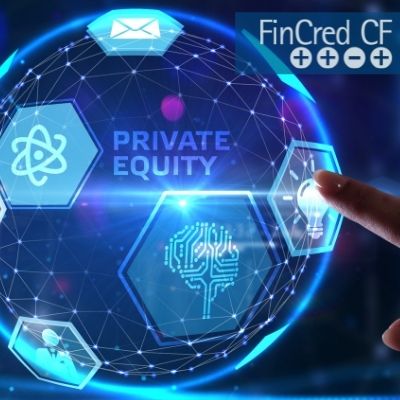 It doesn’t feel too long ago that we were walking down the aisles of one of the UK’s most precious toy stores; the sheer wealth of choice was enough to make any child’s eyes water. Just like any business, retailers need to make profits in order to survive, but those more leisure-focused captured family nostalgia. These retailers became cornerstones of maternal weekend ventures, a routine of British life. Now, dilapidated remains of Toys R Us and other long-gone retailers decorate the outskirts of Greater London. A necessary feature of free markets is that some companies will inevitably fail – this is true. But sometimes we are left wondering, ‘was it necessary?’. This article will examine whether the intervention of Private Equity (PE) firms in public companies erodes our corporate, social, and environmental responsibilities.

The Relationship with Retail

On March 17, 2005, a consortium of firms including KKR and Bain Capital seized the opportunity for a leveraged buyout of Toys R Us for $6.6bn. The public stock closed soon after on July 21, with stocks up 63% from its initial sale proposition. It looked like the perfect opportunity, and everyone involved got straight to work. Fast forward to 2017, and the company filed for Chapter 11 Bankruptcy in the US, requesting to borrow $2bn as well as some further flexibility to deal with $5bn in long-term debts. While Toys R Us operations in Middle Eastern and African economies were much less exposed to bad financing, sales and store liquidations in the Western world began in 2018. Despite many perceiving this instance as a single call of bad judgment, it didn’t take long for other to note similarities with other PE buyouts. Another New York-based retailer, Fairway, managed to file for a second bankruptcy within a mere 4 years. Sports Authority, in 2016, also filed for a Chapter 11 bankruptcy, and Payless Shoesource suffered a similar fate. While the US-based Chapter 11 Bankruptcy feels so far away that it beyond the UK’s concern, such a belief would be complacent – the common feature behind all of these collapses’ rests within PE financing.

The point of a PE firm is to effectively increase the return of investment of a company compared to what is available on public equity markets. This can be done through the investment in a stock of a private company, or through the acquisition of stocks of a publicly listed company in order to make them private. It can be achieved through a combination of debt and investor money, frequently called a Leveraged Buyout (LBO). Investors will put of a sum of their own money and borrow the rest of the money at low interest rates, thereby compiling the target company with debt. However, the argument is that this debt can be used to restructure the company, either for a future public listing, potential merger with a competitor, or dismantling of the company. If going public feels too risky, a different way of returning money to investors can be through a Dividend Recapitalization, which effectively adds more debt to the company but instantly frees up capital to return to investors. It is a special kind of dividend that is not necessarily based on earnings. The purpose of PE acquisitions is that they supposedly allow for more flexibility in rearranging a company to improve efficiency, production, and value. However, as previously noted, these methods could have consequences that might not be recognised.

Private Equity in the UK

British retail sales have fallen for the fourth consecutive month as of August 2021, making for surprising headlines. The ONS announced that monthly sales fell 0.9% between July and August; this came after the 0.5% expansion target was missed because of a sharp contraction in July. Supply chain issues are also replete, with 7% of polled retailers stating that they could not secure the goods needed for the month. This is probably going to result in the Bank of England increasing interest rates next in response to stubborn inflation levels, but we still have months to go until that policy is implemented. Until then, the UK continues to enjoy low interest rates; a boon for PE firms looking to finance acquisitions through debt, only to repay at the lowest cost possible. Currently, PE activity shows no real sign of slowing down.

Recently, the UK has seen record levels of Private Equity bidding and purchases; by July of 2021, 124 deals totalling £41.5bn this year went through. Morrisons had recently agreed to the £6.3bn offer from a consortium including Fortress Investment, Canada Pension Plan, and Koch Real Estate Investments. The offer was made following Clayton, Dubilier & Rice’s £5.5bn offer prior. Before then, the Issa brothers’ acquisition of Asda in January set a precedent for 2021, with roadside assistance company AA, insurer LV, and the infrastructure firm John Laing following soon after. The presence of PE companies in the UK has raised concerns of national security, after Ultra Electronics was sought by Advent International’s Cobham for £2.6bn. While an investigation has been ordered, the presence of international PE firms is making UK employers wary.

The fact that it is very easy for PE firms to borrow money encourages them to go ahead with debt-laden financing. This isn’t inherently averse to the company’s interests, but it might encourage bad practices. Having free-flowing credit as an integral part of the business could make investors reliant on financial tools such as dividend recapitalisations. As mentioned above, this is a quick way to return cash to investors without needing to achieve sale targets. This method doesn’t necessarily reflect the productivity of the company’s operations, it mitigates the company’s credit quality, it only benefits the investors, and new debt can slow down future growth opportunities. These are the reasons why, typically, dividend recaps are not looked upon favourably by common shareholders or creditors. In real terms, relying on these financial tools can result in poorer working conditions for employees, and will also place greater risk on the existence of those jobs themselves. Furthermore, the method employed by PE firms probably will not work in unstable industries. The practice of manipulating debt and improving basic operations will likely not apply to companies who face quotidian turbulence in their market. Trimming costs is unlikely to save a company in such a situation. One such example is of the Brick-and-Mortar retailers. Despite sincere attempts at restructuring by firms such as KKR, most of these retailers succumbed to the inevitable dominance of online retailers such as Amazon. There is a sense that, had we understood the debt financing of PE and appreciated the future rise of online retail, no-one would have allowed Private Equity to control Toys R Us. The same goes for a plethora of other companies who face their own unique problems.

The shift from private equity into private debt rendered many companies at the whim of shareholder interests, particularly following the 2008 financial crisis. Cheap debt in the form of low interest rates have encouraged a flurry of acquisitions globally, not just the UK – sometimes it works, but history shows us when it doesn’t. In the case of unsuccessful takeovers such as the case with Toys R Us, I think there is only one conclusion – it was not necessary to outsource operations to Private Equity consortiums. Had we known about the rise of retail and the upcoming recession, that answer would have been obvious to anyone. However, placing domestic jobs on the line, undercutting native competition, and diminishing the target company’s credit value in the name of Private Equity, does not make sense. Unfortunately, the momentum is continuing; until the Bank of England raise interest rates next year, I would expect PE’s presence to stay.