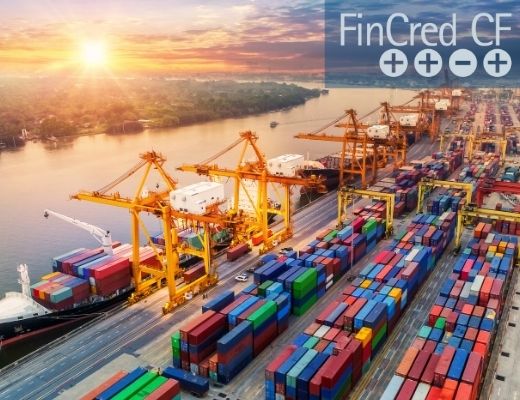 Price spikes come and go; the reasons why will depend on the type of asset or service being provided. However, for those involved in freight transport, the staggering receipts might not reflect the inherent nature of the service but more the environment in which it is operating. Freight price rises, while anticipated, do not seem justified—the move appears to be solely a profiteering tactic. The question remains, however, on whose responsibility it is to control. This article will offer a brief history of the affair in recent months, any actions being taken, and what this means for the future of those involved.

When and why did the prices increase?

As economies began to recover from the COVID-19 pandemic in the early months of 2021, international transport started to pick up steam. Global commerce started to recuperate and consumer trends tilted toward increased spending. Supply chains around the world, having been under consistent pressure and uncertainty for the better part of 18 months, were beginning to feel relief at the prospect of Business As Usual operations. However, such relief would be short lived. By June 2021, the cost to transport a 40-foot container from China to the US stood at a grandiose $15,000. Only a year prior, the cost stood at a more digestible $2,000. This led many spectators to believe that such a jump was not induced from any circumstantial pressures, but more an artificial policy designed to make money. On June 11, a petition was made calling on the UK’s Competition and Markets Authority (CMA) to intervene and control inflated foreign fees for shipping. While the inflation was patently obvious, it was concluded that the phenomenon resided neither in the Government’s nor Parliament’s purview. The petition was ultimately rejected.

Most of the inflation is coming from China and the Far East. Around the same time as the petition made its way to the UK’s Government, China was suffering from a significant shortage of shipping containers; despite the country’s best efforts, prices stayed stubbornly high, and more shipping containers were leaving China than coming into the territory. Amid a boon in Chinese exports, the flow of containers is a serious stymie on international trade and is of serious concern to SME owners.  As prices continued to rise, SMEs started to struggle, with many giving up on what appeared to be an unaffordable practice. Pressure on Government picked up momentum, and accusations of price gouging become louder and louder. Eventually, the CMA decided to listen to the complaints and examine whether foul play is involved. Export sales director of Spear and Jackson Steve Turner stated that the price levels are unprecedented and that the foreign companies are profiting from the COVID-19 pandemic. In order to ensure fair competition, Turner posits, the UK Government needs to intervene and protect domestic enterprises.

Intervention and the future

In response to these allegations, a spokesperson for the UK Government stated that “resilient supply chains and free flowing freight are integral the UK economy”, that it is working with freight industry to mitigate the harms, and that the circumstances are not unique to the UK. The CMA, at the beginning of August 2021, started considering the claims of uncompetitive price hikes. Later on, the British Chamber of Commerce (BCC) wrote a letter to the CMA positing that a formal investigation would do the phenomenon justice—only with legitimate intervention could prices be dropped and containers made more available. Unfortunately, those familiar with the industry do not expect any relief in the near future, and even anticipate the shortages to get worse over the next coming months. However, if the CMA does start a formal investigation (as many members are rooting for), that could accelerate the transition to a more competitive environment.

In retrospect, the freight industry was suffering from problems before the concerns of Eastern price-gouging; the differing responses of countries to the COVID-19 pandemic imposed juxtapositions of productions and demands, and ports around the world suffered from COVID-19 related staff shortages. The sudden closure of the Yantian Port in China caused significant damage to the industry, marking one of the largest ports in the region. Furthermore, an inherent feature of the service is that there are not many alternatives to freight transport—if the sector encounters a problem, it is hard to avoid. In the meantime, China is reducing sailings in efforts to ease capacity restraints, but currently, it is not enough to offset the price inflations. If the CMA does instigate a formal investigation, let’s hope the intervention is effective enough to help SME owners retain independence.

For SME owners who are involved in freight services, it is tough to witness the unfolding of inevitable expenses. There is little one can do to avoid the surplus charges, and unfortunately many SME owners are now avoiding international operations until prices stabilise. On a more optimistic note, the BCC and CMA appear to acknowledge the disruption caused by the price-gouging and will hopefully take proactive efforts to curb the expenses. Until then, however, it appears companies will have to weather the storm.