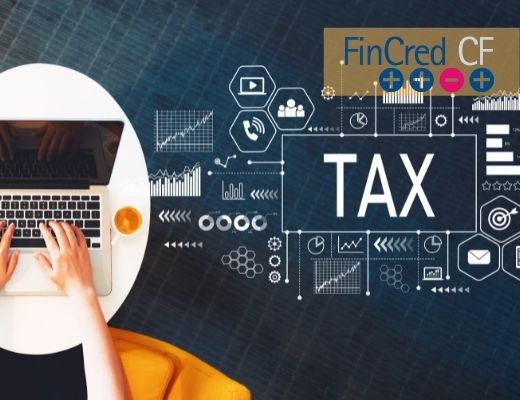 There is no shortage of quirks and idiosyncrasies in British governance. It still remains illegal to beat a rug outside in any given Metropolitan Police District before 08:00. The Police Act of 1839 maintains a £500 fine to anyone flying a kite at the inconvenience of others. It is even illegal to handle a salmon “in suspicious circumstances”. Needless to say, these laws are no longer enforced – they simply remain in literature probably because of the inconveniences associated with removing them. There are, however, more important policies that are still enforced today despite having as equally arbitrary heritages: namely, the Tax Year’s End. A series of hiccups and centuries-old proprieties resulted in the UK’s tax year to start on April 6, rather than the more conventional January 1. This article will examine the roots and causes of the peculiar tax date, the consequences of having it, and why the Government instigated a consultation and scope report on the benefits of changing the date.

The History and Consequences

The UK’s misalignment between the tax year and the calendar year goes back centuries and involves four specific days at roughly equal intervals throughout the annum. From the Middle Ages, these four days used to represent distinct sections of the academic school year and were also the dates when servants were hired and when rents were due. Each of them fell on the celebration of four separate religious festivals. The first date, March 25, came to be known as ‘Lady Day’; the other days were known as ‘Midsummer Day’ (June 24), Michaelmas (September 29), and Christmas (December 25). During this time, the UK was using the Julian Calendar – it had been since 42 B.C – so the civil year really began on Lady Day, as well as the tax year. However, for scientific and temporal reasons, the Julian Calendar was inaccurate, so from 1582 various countries shifted to the updated Gregorian Calendar. The UK did not implement the Gregorian Calendar until 1752 – almost 200 years late! At this point, the inaccuracies of the Julian Calendar meant that the UK was 11 days ahead of the world’s Gregorian Calendar, so the Government added 11 days by making September 14 immediately follow September 2. While the newly adopted Gregorian Calendar celebrated the beginning of the civil year on January 1 (as we know today), the tax year’s start remained on Lady Day – March 25. In a somewhat predictable move, the UK Government did not want to miss out on 11 days’ worth of tax revenue; 11 days were subsequently added onto the end of the tax year, shifting the end of the tax year from March 25 to April 4. Amusingly, the same thing happened in 1800; the lack of a leap year caused the Government to want another day’s worth of tax, so the date was pushed to April 5. This is what we still use today, with the of the tax year beginning on April 6.

In retrospect, delaying the tax year for short term yields was uninformed; the subsequent amount of time and labour lost because of our misalignment with the rest of the world would easily surpass the tax revenues gained. Many of the countries that the UK trades with use different dates, resulting in extra bureaucracy for business owners and, because of that, more accounting errors in the paperwork. Furthermore, streamlining tax related affairs would save a lot of effort for the HMRC, freeing up more time to check that the correct amount of cash is being paid. It would also make life much easier for those who are self-employed. While some outdated laws and practices are harmless, such as the ones denoted in the introduction, this structure is understood as an impractical and costly one; a senior policy advisor at the Institute of Chartered Accountants in England and Wales (ICAEW) called the decision to end the tax year on April 6 “ridiculous”, and many agree with that statement. If we could change the end of the UK’s tax year, most agreed that the best two options were either March 31 or December 31. While a shift to March 31 would cause less of an interruption and a smaller impact on public financing, it would fail to maximise the competitive edge we would gain with the date of December 31. Either way, if we want to solve the problem of having a non-calibrated tax calendar, the transitional year will be costly.

The Scope and Consultation

In one of our last articles, we addressed the notion that the digitisation of tax is an inevitability rather than a possibility. Governments around the world will be aware of this – the attention crypto assets have received from heads of states goes to show the interest in integrating technology with the economy. Imaginably, this comprises at least part of the motivation behind the UK Government’s 2023 tax reforms – the policy is set to simplify tax filing and start using digital tax processes. Therefore, the Government told the country that business and partners will need to align taxable profits with the rest of the country starting from 2023, even if they file their annual accounts on a different day. As we modernise our financial regulations and customs, it makes sense to consider whether now is a good time to adjust the tax year. A study conducted by BDO found that 91% of medium-sized businesses would support the Office for Tax Simplification (OTS) to change the tax year end to December 31 – it interviewed 500 British enterprises earning between £10m and £300m in revenue. This comes one month after the OTS explicitly stated that it was open minded about changing the tax year end to either March 31 or December 31. Moreover, having an aligned tax year with other trading partners could help mitigate the stresses of COVID-19 and Brexit and maximise growth opportunities. The British Chambers of Commerce (BCC) also told the Financial Times that moving the tax year would simplify the wider tax system – the question remains, however, how well managed the adjustment would be.

Because of these considerations, the UK Government has started a consultation on the implications of changing the tax year, with a report set to be published to the Exchequer by August 31; the current transitional year being considered is from 2022-2023. This came after a preliminary scoping document was published in June. Some superficial concerns are already fairly obvious – a transition year starting from April 2022 could result in some businesses paying more than one year’s worth of taxes. According to those familiar with the matter, the worst case scenario could be up to 23 months’ worth of taxes in one lump sum. So far, the Government has proposed plans to offer a five-year spread to allow for businesses to make such payments, but the measures would still harm cash flow. On the other hand, the Treasury could potentially raise “billions” because of these early payments, according to ICAEW senior policy advisor Anita Monteith. Such a financial boon could significantly soften the blow of the current national debt. While the Government had already consulted with both large and small businesses about the changes (albeit informally), the question remains as to how the costs will be distributed. According to Philip Harle, chair of the city of London Law Society revenue committee, larger law and accountancy firms will certainly front some of the damages, while some SMEs might initially experience the benefits of streamlined accounting. In total, having tax liabilities brought forward would affect 250,000 partners and 280,000 sole traders. Nevertheless, the UK Treasury maintains that conducting the transition as the 2023 digital taxation rules are implemented would simplify tax administration work and reduce accounting errors.

The transition to digital finance appears to be accelerating the consensus for a revised tax year – something that many people had been arguing for years but has now finally come to fruition. While the adjustment would result in a cushy competitive edge for Britons, it will still be costly; the shifting of tax liabilities will no doubt frustrate cash flow liquidity for everyone in the supply chain. It might have to be something we do now while we have the chance – delaying it further would result in even more lost time and labour and doing it now could help with the post-Brexit and post-pandemic economy. The reasons why the UK has a fragmented tax year, while interesting, are archaic, and the inconveniences associated with them continue to this day. The Government’s scoping and consultation is worthwhile doing and the business community will eagerly await the findings when they are published on August 31. Until then, it might be wise to get ahead on digital financing.