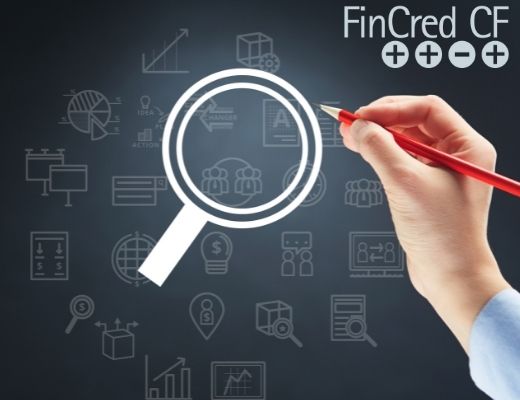 An Update on Liberty Steel and Greensill Capital

A lot has happened since our last article regarding Greensill Capital and its exposure to Sanjeev Gupta’s GFG Alliance. As discussed before, GFG Alliance went into panic mode when one of its main lenders, Greensill Capital, filed for insolvency protection. The insolvency was triggered by a series of complex events, but most agree that the decision by certain insurers to cease coverage triggered the collapse by forcing Greensill to source extra funding. The subsequent scramble for extra finance brought to light the exposure Greensill had to Gupta’s GFG Alliance; it became clear that GFG relied heavily on monies from Greensill Capital’s supply chain finance, which uses future accounts receivables as invoices. What followed was a Venn diagram of political, financial, and diplomatic scandals that were only just penetrating public coverage at the time of our last article, the 6th May 2021. This article post will summarise the events that have happened since then, the investigations and probes, as well as the potential legislative reform.

Two months ago, Greensill’s dissolution and Liberty Steel’s quagmire was received in the press as shocking, but also as a wake up call; most anticipated some degree of accountability by the least, and policy reform at best. Allegations of dodgy finances along with crony ties to the British establishment made Lex Greensill and Sanjeev Gupta the poster boys of what can go wrong in modern financing. This would explain why many were looking forward to Sanjeev Gupta’s questioning by MPs; it represented a lucid opportunity for the bureaucracy to revive confidence in the system. However, two months came and went with no apparent grilling or conclusion the public were hoping for. Even the most Machiavellian business leaders might take a dim view on Gupta’s refusal to appear before MPs to answer their questions. To transparently avoid responsibility left a sour taste in many ministers’ mouths, resulting in the Business Committee chairman Darren Jones to explicate how discourteous the move was. Furthermore, because Liberty Steel and GFG Alliance finances were largely sourced from tax-paying resources, Gupta arguably had a moral obligation to appear publicly to offer explanations. The boycott of official questioning was not received well by anyone. It is a shame that the promise made in our last article did not come to fruition.

On top of not refusing to appear before MPs, the lawsuit from Tata Steel against Liberty Steel regarding €7m of unpaid debts was settled outside of court for an undisclosed amount. It’s a shame; to make public the terms and conditions of a settlement could have offered some closure to those involved, as well as consumers following the stories. It doesn’t appear that Gupta has taken any advice of transparency on board—his strategy appears to consist of remaining beyond the spotlight and repeating mantras of “no comment”. Once again, the public has been deprived of yet another financial retribution. If the settlement was more transparent, we might be able to better understand the circumstances that caused Gupta to put his Stockbridge facility up for sale—a facility that was acquired as part of its dealings with Tata in 2017 for £100m. Notwithstanding, Gupta has not been able to escape every public scandal; a due diligence report from SoftBank has resurfaced, showing how Greensill Capital gained almost three quarters of its 2018 revenues from just 5 clients. One client alone accounted for $70m of its $102m net profit. And yes, the culprit is Sanjeev Gupta.

The Direction From Here

At least 10 probes and investigations have started following the revelations and consequences of Greensill’s exposure to Gupta’s finances. In 2019, SoftBank CEO Rajeev Misra spoke to Lex Greensill to figure out how much of his finances went through GFG Alliance networks. The amount shocked Misra – €1.5bn – not only because of the risks associate with it, but also because of a scandal that happened only one year prior regarding the funding of the Swiss asset manager GAM. Unfortunately, SoftBank apparently did not recognise the harbinger and continued to align itself with Greensill, positing minimal associated regulatory and legal risk, and believing that investment returns would make its way back to GAM. Softbank was probably unaware at that time that it would end up facilitating the payments itself.

Around 10 investigations and probes have been launched in the wake of the scandals, and they are only gaining momentum. If Gupta actually faced Parliament, topics of discussion would have included if Gupta personally lobbied any officials; whether GFG Alliance (of which Liberty Steel is a subsidiary) manipulated its constituent businesses to circumvent the £50m limit in CLBILS loans; if any more Government support outside of Greensill’s loans were received by GFG; and whether GFG used any fake invoices and circular financing. And that’s just the MP questioning alone, led by Business Committee chairman Darren Jones. The lawyer Nigel Boardman is also investigating why the UK Government needed to use Greensill for supply chain finance in the first place—echoing a concern we made in our last article.

The National Audit Office is also looking into the use of the CLBILS loan scheme with GFG Alliance. Since GFG is a consortium of businesses lead by Sanjeev Gupta, the inquiry will study whether Gupta manipulated the structure of the alliance in order to avoid the £50m limit of taxpayer-backed coronavirus funding. It is also being conducted with the British Business Bank. Findings so far suggest that GFG managed to secure so much funding because it got the green light from the Government-supported British Business Bank itself; allegations posit that staff at the Department for Business Energy and Industrial Strategy (BEIS) asked for Greensill to lend more than the £50m maximum and also for the transaction to be prioritised. A BEIS spokesperson denied any suggestion that minsters or officials influenced the Bank’s decision.

The list of ongoing investigations is too long to go into detail; unfortunately, the purview of this article would be too broad. But it is important to be aware of the projects. The Serious Fraud Office has initiated an investigation into the integrity of the relationship between Greensill and GFG Alliance. On top of that, the Treasury Select Committee, Public Accounts Committee, and the Public Administration and Constitutional Affairs Committee are all also conducting investigations. And, of course, the auditors have not escaped unacknowledged; the Financial Reporting Council is interviewing the auditors of Greensill Capital (and Wyelands Bank), and the Financial Conduct Authority is taking reign of any criminal conduct.

Is There a Conclusion?

Invoices as a form of corporate bonds is risky business. Customers took out credit insurance against customer defaults, but Greensill’s insurance suddenly lapsed, rendering a financial vacuum that needed to be addressed. The subsequent freezing of funds exposed the enterprises for their operations and dealings. The effect has been so widespread that even after months of scrutiny, there remain few conclusions. If there is one certainty so far, it’s that ‘accounts repayable’ in these contexts can be better described simply as debt. However, this form of financing is ubiquitous in the financial world, so any policy reform ought to be considered carefully. Apprehension might be the best way forward—it could go some way in explaining UK Business Secretary Kwasi Kwarteng’s statement that Sanjeev Gupta should retain control of Liberty Steel, despite opaque financing. That is certainly a tough pill to swallow, but the public can be sure that the ongoing investigations will amount to something concrete. In summation, the quagmire of GFG Alliance and Greensill Capital is far from resolved, but the picture is becoming clearer; let’s hope that the probes conclude in a timely fashion.