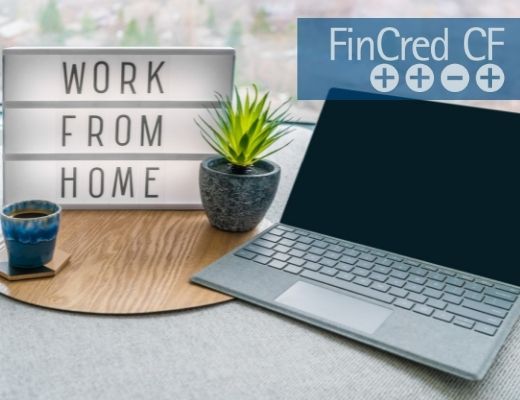 When should we embrace change and when should we deny it? Every day we are in a triage of some sorts, facing choices on whether to abide by our status quo or to deviate from it. Most of the time these choices are trivial, but sometimes (particularly during a crisis) we are forced to conclude what measures are most suitable. The 2008 financial crisis saw extreme parameters on borrowing that continued for years after the event. The COVID-19 pandemic, however, has probably been the most intrusive phenomenon of most of our lifetimes, with lockdowns compelling us to work in different ways and environments – and many of these changes will probably linger on for some time. It is subsequently quite easy to chalk up any dip in productivity to the instituted changes of the last 18 months, but to do so would be a fallacy; productivity levels in the UK were a problem before the pandemic. When accounting for other variables, current projections actually expect an increase in productivity due to working-from-home (WFH) models. It would be prudent, therefore, to accept hybrid working plans as an inevitability and to focus on preparing for its integration.

We have all seen the headlines of a strong recovery of the UK economy as fiscal operations return to normal; football stadiums are opening up, retailers are back for business, and nightclubs are once again a frequented weekend activity. This reported optimism has almost become monotonous, and while it is certainly true that we are on track for an increase in sales and output, our track record prior to the pandemic was not as good as we thought. Perhaps we get sentimental when reminiscing of the days before facemasks and 2-metre distancing, but the UK and the US were not doing as well as many seem to think. Our recovery to ‘normal’ can only be as good as what ‘normal’ was before the pandemic, and the honest truth is that the UK has been lagging behind other Western nations for years now. Since the 2008 financial crisis, Britain’s productivity has stagnated – in 2017 it was no better than 2007, and if pre-2008 trends had continued we would probably be seeing productivity 20% higher than it is today. The UK is currently 16% below average productivity levels between G7 countries. As early as 2015 the UK had its Chancellor of the Exchequer George Osborne along with Sajid Javid define productivity as the “challenge of our time”. So why are people so determined that the pandemic could somehow have solved that stubborn problem?

Homogenous reporting has not helped the accurate portrayal of the UK’s economy – as stated, it is important to remember the state of affairs before the pandemic. There have been plenty of theories as to why the UK is underperforming when compared to other developed nations – perhaps there remained a feeling of squeamish of bold investments after 2008, or maybe ‘zombie companies’ that are highly unproductive have been allowed to flourish under record-low interest rates. Perhaps our measurement of Gross Domestic Product is omitting some kind of output. Job satisfaction has also been pointed out as a factor. Above all of this, though, there has remained a vague consensus that the UK is suffering from a shortage of skilled workers. The pandemic’s effects on our economy, therefore, was not actually that surprising (although it was bitterly disappointing) – the Office of National Statistics showed that output per worker dropped 8.8% year-on-year in Q3 of 2020, representing the second-largest plummet since records started in 1959. Furthermore, increased spending on healthcare and social protection (and reduced spending on other services and education) had industry-specific implications, with the public sector’s productivity falling 22.4% over the same period. The consequences of the pandemic were visible enough last year, let alone now.

Nevertheless, productivity started to see a recovery in Q3 of 2020, with productivity rising 5.6% between July and September, and output per worker increased 16.6% quarter-on-quarter. When considering how much things were dropping since 2008, it is interesting to see some degree of sustenance and even improvement during that period of time. Many have pointed to the fact that WFH trends will save time and money because commuting to workplaces is no longer necessary. A survey by Nicholas Bloom showed that, out of 5,000 UK working adults asked, 29% stated that they worked more productively at home, verses 21% who said that they worked less productively. Furthermore, WFH could give employers more access to talent – a company based in Cornwall could now hire people from London as they are not required to show up in person, potentially off-setting the shortage of skilled workers that was mentioned above. It has also been considered that WFH could improve job satisfaction and thereby improve the willingness of employees to work well and achieve targets. This could be particularly relevant as China’s 996 work culture occupies headlines and junior bankers demand more pay; corporate culture is a trigger point now more than ever, and WFH could help maintain a trend away from toxic corporate cultures. 76% of the surveyed adults also stated that their perceptions of WFH practices have improved during the pandemic, reducing the social stigma of the nature of the work and opening it up as a more accessible structure for the future. WFH appears to have been more digestible than initially expected.

For these reasons, and more, it appears rational to expect WFH traditions to stick around for longer than the pandemic itself. Current vaccination rollouts could render a significant albeit minor portion of the population sceptical to return to workplaces in person. Bloom’s survey showed that 54% of people expect a total (or nearly total) eradication of social distancing measures, leaving a fair amount still hesitant. Businesses themselves, broadly speaking, have been satisfied with productivity levels over the course of the last 18 months; they have also invested heavily into equipment used for remote working. Microsoft’s Zoom expects its revenues to rise by 42% over the next year, even though economies will be opening up and the COVID-19 pandemic is set to conclude, suggesting that people will still be using its facilities to conduct WFH routines. WFH will also save enterprises overhead costs on office space. Ultimately, though, the performance of a business will depend on how well it prepares and supports this transition; prioritising which roles should return to the workplace (if any), consulting with employees, and establishing adequate communication programmes are all key factors.

In conclusion, business leaders are in a difficult position – many are still deciding on whether to support WFH or remote practices simpliciter. We recommend that the savvy executive will have contingency plans for WFH practices anyway – and besides, it might actually be the right decision to allow employees to work remotely. The current forecasts show a healthy appreciation of WFH lifestyles, and many employees would like that trend to continue. Needless to say, that doesn’t speak for the entire workforce; many still would prefer permutations of hybrid or office-based work patterns, so communication with staffers is essential. Productivity will likely remain a problem for the UK for a while to come – it has remained a notoriously stubborn issue for years – but using the pandemic as an opportunity for change could be refreshing pivot point. Integrating the technology and infrastructure for WFH patterns might redefine business management to involve new skillsets, but that should be embraced as a positive development on work criteria, rather than an erosion of management skills and identity. The last call will always come down the executives – but this article recommends anticipating WFH patterns.