Liberty Steel is in Headlines Again 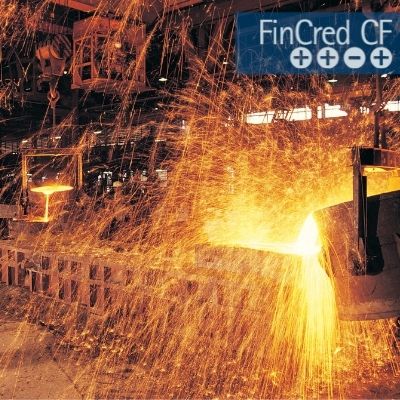 Here at FinCred, we have written about the collapse of Greensill Capital and its ripple effect across the industry in previous articles, particularly as the crisis highlighted the concerns of lending and the repackaging of invoices and bonds. The first article we wrote was in May, which covered the ongoing collapse of Greensill at the same time the political cronyism involved was unfolding. The second article was uploaded at the end of July and provided updates on Steel’s lawsuits and the multifarious probes and investigations subsequently set up because of the affair. This article will cover Liberty Steel yet again, but this time for more positive reasons: a recent injection of £50m in cash could save its plant in Rotherham as well as roughly 1,000 positions. The decision sparked reactions from fiscal pundits and politicians alike, but the prospect of further Government intervention remains unclear.

This paragraph will offer a brief purview of the situation as described in our previous articles. Sanjeev Gupta was hailed as one of Britain’s most valued investors, having been dubbed the UK’s “saviour of steel” after he expanded his businesses from 2013, saving many companies entering administration and preventing the loss of a significant number of jobs. Gupta used his company, Liberty House Group, to acquire Mir Steel UK to make Liberty Steel, a subsidiary of the much larger group GFG Alliance. Fast forward to 2021, and the notorious lender Greensill Capital filed for insolvency on March 8, resulting in many big players in the financial world to suffer incredible losses (such as Credit Suisse’s £7bn loss, the UK taxpayers’ £5bn loss, as well as many other exposures of other salient enterprises).

Gupta’s Liberty Steel was one of those most affected, with Gupta himself asking the Government for a £170m support package in March to fund working capital. An older 2019 Financial Times article arguing that Gupta had “opaque” financing resurfaced, and a heap of scrutiny on Liberty Steel suddenly gripped the tabloids; Gupta was now being requested to face tribunals and committees left, right and centre. That said, the last we had heard from him, Gupta refused to appear before Members of Parliament to answer questions related to his financing. By the end of July, Sanjeev Gupta and his businesses involved in his GFG Alliance were being investigated by the Serious Fraud Office, the Treasury Select Committee, the Public Accounts Committee, and the Public Administration and Constitutional Affairs Committee, as well as other probes regarding the alleged misuse of COVD-19 support loans.

Gupta is probably relieved to finally get some vaguely positive news coverage, after having seemed to avoid the spotlight for months. The most recent update to the fiasco is that Liberty Steel managed to secure extra funding for its plant based in Rotherham – one of its most important operations – which could now allow the plant to restart its electric arc furnace. Shareholders managed to push £50m into the company amid plans for greater restructuring of the parent company GFG Alliance. The factory has been closed since the spring of this year, but could reopen as early as this month, and the company plans to produce 50,000 tonnes of produced materials per month as soon as possible. Its plant based in Stocksbridge is also set to be restarted, which provides steel components for the aerospace and energy industry. The body UK Steel welcomed the news as it could save between 660 and 1,000 jobs in the industry but implored the UK Prime Minister Boris Johnson to take further action and intervene “before it is too late”.

As mentioned, this comes amid broader efforts to restructure the parent company GFG Alliance, whose reputation had been severely tarnished following the Greensill affair. Debts have been refinanced, and around one third of its total debt of Liberty Primary Metals Australia have been paid off. However, previous plans to repay Greensill Capital and Credit Suisse by next year have been scrapped: the forecast has pushed forward, with the Gupta intending to gradually repay debts to key lenders by June 2023. However, recent surge in the price of energy has instigated some to speculate that the Rotherham plant won’t be able to open this month. Such speculation would depend on the extent of Government intervention in the energy industry: a subject that is ongoing, though JM Finn investment director Lucy Coutts believes that such support would involve loans rather than grants. Liberty Steel’s chief restructuring officer Jeffrey S Stein stated that Steel is now focusing on its eastern European operations, where a “significant number of new lenders are expressing interest” in its restructuring.

In terms of the labour market as a whole, this morning saw the release of unemployment figures by the UK by the Office of National Statistics (ONS). It comes two weeks ahead of UK Chancellor of the Exchequer Rishi Sunak announcing the new budget. However, the Institute for Fiscal Studies is setting forecasts of the UK’s economy ahead of time. It appears that the UK has undergone the highest tax rates in 25 years, with 40-45% of national spending going toward health care. This has led some to think that Sunak will not be as liberal with money as some were expecting, and that the Government might still be tight for cash. The Government will also be very reliant on the Office for Budget Responsibility’s (OBR) judgment in its spending: if the OBR is even just a little more pessimistic, national spending will be limited by tight parameters.

Nevertheless, the ONS’s figures paint a positive picture of the labour market in the UK. Unemployment levels stayed largely the same, dropping from 4.6% to 4.5% in the three months to August. Average weekly earnings are up 7.2%, while job vacancies are at an all time high of 1.2m. Wages are growing at 4.7% in excess of inflation, which might be serving as a pointer that Boris Johnson is going ahead with his promise to have a “high wage economy”. These figures tell us that there is a strong demand for workers, though the inactivity rate remains a little high: it is to be expected that some people will be a little apprehensive when returning to work, but a lot of the evidence is yet to be determined. In a lot of areas, things are back to pre-pandemic levels, such as the number of workers on the payroll (rose to 29.2m). All in all, the UK appears ready to digest an influx of employees.

In conclusion, the recent news regarding Liberty Steel is positive: it shows that there has been a slight change in perception of the company, which has allowed the mobilisation of different lenders across the globe to help restructure its operations. This, of course, has come with notable benefits, the most recent being an injection of £50m by shareholders to save up to 1,000 domestic jobs. The recent figures released by the ONS also hints that the economy will be ready to absorb any available employees. While this topic is ongoing, it is promising to see that 6 months of hard work and persistence can actually help secure more funding, despite what at the time felt like a fatal crisis earlier this year.