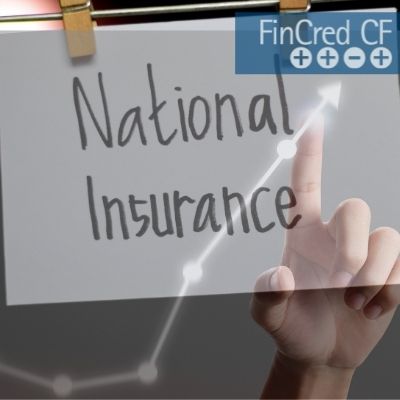 Forecasting is funny; they say the unwritten weather forecast is the most verifiable, a joke playing on the multifarious factors involved in predicting something so complex. Predicting phenomena down the line requires the discernment of causation and correlation and an understanding of current conditions. This can be quite hard – there is even a website called ‘Spurious Correlations’ that draws on two arbitrary correlations implying a causation. For instance, the number of roles Nicholas Cage has taken in films correlates strongly with the number of annual deaths by drowning. But there is no reason to think that they are related… surely?

More sophisticated social phenomena, of course, requires more sophisticated analysis. A recent instance of this has hit the headlines, positing a betrayal of Conservative loyalty: the recent rise in National Insurance. It has not gone down well in both political circles nor the court of public opinion, and a report by the Government’s own HM Revenue & Customs suggests that an increase of 1.25% could result in a salient drop in disposable income and would have knock-on effects on inflation, company profits, and earnings. No sane politician would drag themselves through this tough decision, so the question remains – why would the Conservative Party raise National Insurance?

The answer, ultimately, is not ideological but very practical: the fact of the matter is that the number of old people is going to increase relative to the number of young workers over the next few decades. This might sound insignificant, but it is far from it, and could result in dramatic effects to our working dynamic. 20 years ago, one in six of us was older than 65. Now, that figure has risen to one in five, and within 20 years roughly one quarter of us will be above the retirement age. Not only will the proportion of elderly people rise, but the number of young people who pay and contribute to the economy will also proportionately shrink, occupying only 60% within 2 decades. These staggering forecasts go beyond a mere gentrification of the neighbourhood – concerns are rife regarding how we will fund the inevitable services that the elderly rely on.

As a society, those who work and contribute to the economy will have their fair burden of taxation to meet the needs of those who are unable to or no longer work – it is through this levy system that we have a consistent upkeep of our much-needed services. But if, say, the number of dementia patients rises significantly over the course of the next couple of decades, how will we fund their much-needed healthcare? Current trends suggest that the number of dementia patients will double by 2040, with subsequent costs rising from the current £34.7bn to £94.1bn in 2040. With more recipients and fewer people paying, the inevitable cost of health care to support the larger elderly population is just one facet of our changing demographics.

Another large concern beyond that of health care is simply the working population’s cash flow; a fundamental feature of less people contributing for services that become more in demand is the availability of funding. The Government has the responsibility to find the most efficient permutations of cash management to best address the population’s interests. We might therefore expect a restructuring of the most used aspects of the welfare state to arrange the best funding possible. It might be worth noting that future increases in tax could be packaged under levies for health and social care – it would imaginably be easier for ministers to do that than to candidly declare a rise to the public. One would expect some kind of constituent backlash, surely?

By now it should be relatively clear that the proposal to increase the National Insurance was not an easy decision to make for the Conservatives. While it conflicts with its political ideology, the decision was seen as a matter of pragmatics; the current trends show an unavoidable change in our country’s demographics. Boris Johnson recently took action and pumped £36bn into the NHS (breaking another manifesto pledge, along with the promise not to raise National Insurance!). Some deem the move “too little too late”, while others disagree with the decision entirely. Chancellor Rishi Sunak, to his credit, has proposed an alternative form of social and health care levies. One of the problems until now was that National Insurance could only be paid via labour income (not through investment income, such as dividends or rents), was only paid by those under the pension age, and does not have a corresponding increase in payments as income increases (as we do with other forms of taxation). Sunak has tried to fix some of these maladies with a novel health and social care levy that can be payable on dividends and pensioners’ earnings (though rents will still be excluded).

There will be other useful tools the UK could use to compensate for the change in demographics; George Osborne raised the retirement age in 2013, nudging the number of pensioners down from 300 per 1000 to 288 (though that number will only jump back up to 360 by 2040). To the dismay of many, Sunak revealed that the pension triple lock (guaranteeing pensions to increase by the rate of inflation, growth in wages, of 2.5% – whichever is highest) is going to be revised, with prices set to increase as early as April 2022 and suspension as soon as next week. Even the winter fuel payments, which offers security for heat and comfort to both rich and poor pensioners for £2bn per annum, is going to be put under the spotlight. These measures are difficult for the Conservative Party to make, and no-one wants to do it, but it’s important to know that they will offset larger and otherwise inevitable costs down the line.

While many predictions can have their accuracy rightfully questioned, the ones regarding the proportion of age demographics are certain enough to gamble billions of pounds on it. It is with a heavy heart that right wing politicians breach their manifestos and impose unwanted burdens on their constituents. And while it is very difficult to admit, it is probably the wise decision. Health and social care services will inevitably need more funding, less people will be involved in work, and we only have under 20 years to address the change. Toying with demographics is sketchy territory – China’s one-child policy upended its sex ratio, affecting mental health and working dynamics for generations to come. But the expansion of the state to bolster pension payments and services is addressing an inevitable shift in the working population, and it is likely going to remain. At least we can rest assured that the burdens of increased levies will offset the costs of neglected geriatrics.