Power Imbalance and Asset Liquidity: What SMEs can do with Cash Flow Finance 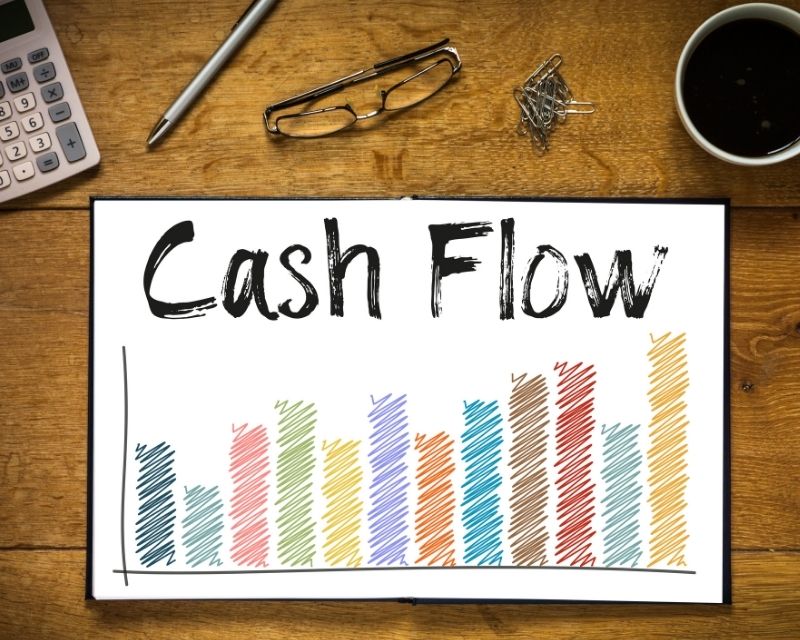 Businesses around the world strive to best manipulate the opportunities that are presented to them in order to best achieve their goals. The abilities and freedoms businesses possess to be able to behave this way ought not to be taken for granted; even when profits are high and the numbers check out, businesses will still be dependent on payments and repayments from others. Without disposable working capital, it is difficult for any institution to make the most out of any given situation. Cash flow finance is the use of finance facilities to maintain positive working capital, allowing for unhindered day-to-day trading. While there are many different forms of cash flow finance, the service itself is only becoming more and more necessary as monolithic institutions garner greater influence (sometimes without even paying domestic dues) and globalism pushes for a network of interdependence.

Small to Medium Enterprises (SMEs) comprise 99% of all businesses within the UK at the start of 2020 yet remain the most vulnerable to market turbulations and externalities. According to a study conducted by Intuit Quickbooks, almost three in five SMEs have experienced problems with cash flow, making it the most significant problem among businesses of this demographic. Over a third of small businesses could not repay those debts. On average, small UK businesses lose £26,000 by being compelled to turn down work due to cash flow problems, and a BACS study showed that late payments cost small businesses around £2 billion per annum. Not only does this render any businesses model ineffectual to freely operate, it has a knock-on effect to the business owners themselves, with the Quickbooks study also showing 71% of businesses owners losing sleep over their financial situations. The delay between the due date of invoices and the date a company gets paid gets worse over time, with multiple late repayments cumulating into heavy weights of debt. These debts can be unreasonable, infeasible, or even impossible for a small business to repay, despite often resulting from no fault of their own.

One of the biggest features of the cash flow epidemic among SMEs is the fact that there is a power imbalance between large and small companies. 78% of UK SMEs had to wait over one month beyond their contractual agreement to be repaid, and a large amount of these repayments were to come from much larger companies. The main problem is the lack of leverage; when a large company reneges on its previously agreed contractual arrangement with an SME, it is extremely difficult for the SME to get any compensation. Furthermore, it is incredibly hard for a smaller business to get the traction to increase transactions with larger businesses if it develops an unpopular reputation by retaliating. It was only in 2018 that large companies could no longer bind smaller companies so they could not source external funding to help their cash flow, further demonstrating the ‘right of might’ against the small underdog companies.

Some SMEs might be able to stay afloat during a cash flow crisis by delaying creditor payments, but such actions would only be temporary; the SME would simply be kicking the can down the road. The fundamental problem with cash flow issues is that ultimately, expenses will surpass cash, meaning an inability to pay immediate bills (overheads, salaries, products, debts, and rents). The current environment of low interest rates explains the reticence of banks to lend to smaller companies, limiting the number of exit paths for small enterprises. Strong contingency plans then become the Plan A, an ostensibly oxymoronic approach to a phenomenon that many SMEs cannot help but experience. Some SMEs decide to go to the small-claims court to help recompensate late repayments, but the litigation and time involved in such a lengthy process could potentially exacerbate problems rather than remedy them. As stated before, an SME trying to combat or fight a larger company for later repayments could result in the SME terminating their provided service for the larger company, but likely at the expense of its commercial relationships with larger institutions.

A poverty of resources and capital offer very little forgiveness for clerical errors or financial mistakes. Even if an SME has a decent amount of wealth, if the assets are not liquid, they are unlikely to be directly involved in any transaction and would only require more labour and time to unlock their value. Marketable securities such as bonds and stocks would be desirable for an SME in cash flow troubles as they are very liquid, but they are harder to acquire, have their own exchanges, and are relatively volatile. Over the course of the last 12 months, SMEs have been using COVID-19 stimulus and support packages to repay suppliers, finance rent payments, and bolster the wages of furloughed staff, which has resulted in an uneven recovery across the British economy. Fundamentally speaking, the problem with mismanaged cash flow is an inability to identify and achieve growth opportunities, to accommodate for short term financial obligations, and to operate independently. A business model with a greater expenditure than cash income is unequivocally unsustainable.

There are a few prospective solutions for SMEs in cash flow crises, but some of them may not be as fitting to the business as others; it depends on the modus operandi of the specific enterprise. For those looking to remedy short-term obligations, overdrafts and business credit cards may be able to assist. However, overdrafts inherit problems of high interest costs and high stakes if they are not repaid, such as being cancelled by the banks or simply being charged that much more (on top of what is imaginably an already formidable debt, given that the SME has cash flow issues in the first place!). Overdrafts are also determined by historic financial information and do not offer a dynamic solution when larger sums of money are required. On the other hand, business credit cards have the luxury of an interest-free window, but also come with the burden of having to balance cash-back values with expenditure in order to secure a net positive cash over fees. And of course, interest rates will eventually apply. Those looking longer term have other options of bank loans and commercial mortgages. However, as written above, banks are quite hesitant to loan to smaller enterprises given the compound effect of low interest rates and the COVID-19 crisis.

Invoice finance is our recommendation for the best route out of cash flow problems. The method relieves SMEs of arduous obligations while simultaneously satisfying capital requirements ahead of time with a guarantee as high as 90%. There are many permutations of invoice financing, as the needs of companies vary a lot, but the general application grew in the USA during the 1950s before popularising in the UK throughout the 1970s. The notion is that a funder will buy accounts receivables as invoices from the enterprise for a sum of typically 75-90% of the whole invoice. When the customer of the enterprise would otherwise pay the enterprise back for a service or product a month later (for instance), the funder gets repaid that money, as the enterprise had already sold the invoices to the funder. This means that the enterprise has the cash from the point of raising the invoice rather than at a later date when the invoice is contractually due to be paid.

There are different ways of conducting it, and FinCred CF offers a variety of solutions. Factoring and invoice discounting are just two kinds. Invoice financing is a special kind of finance agreement whereby a company sells its debts at an agreed percentage, receiving the money upfront and reimbursing the funder when the debts are settled, which ultimately bolsters the working capital of enterprises. Confidential invoice discounting keeps the involvement of the funder confidential from the customer. Factoring passes the responsibilities of some of the company’s credit control and ledger management to the funder, including chasing overdue debts. This takes a huge weight off the shoulders of SMEs, mitigating any ‘lost check problems’ and keeping communications in a timely manner. Furthermore (and potentially the most important feature), debt chasing will be outsourced to the funder, meaning the enterprise won’t have to worry about the risk, labour, or cost.

It should be clear by now that the salience of cash flow problems in SMEs surpasses mere inconvenience and can threaten the existence of the company itself. Many executives can become complacent by over-extending credit and waiting too long to communicate with partners and customers. An axiom of truth is that expenditure overtaking income is no sustainable business model. Instead of reaching for short term practices that carry high risk, invoice finance might be the most secure and straight forward remedy for companies that don’t boast FTSE or NASDAQ prestige and influence. FinCred CF has many services on offer; businesses should stay afloat while the life boat is still there.