The Digitisation of Finance: A Question of When, Not If 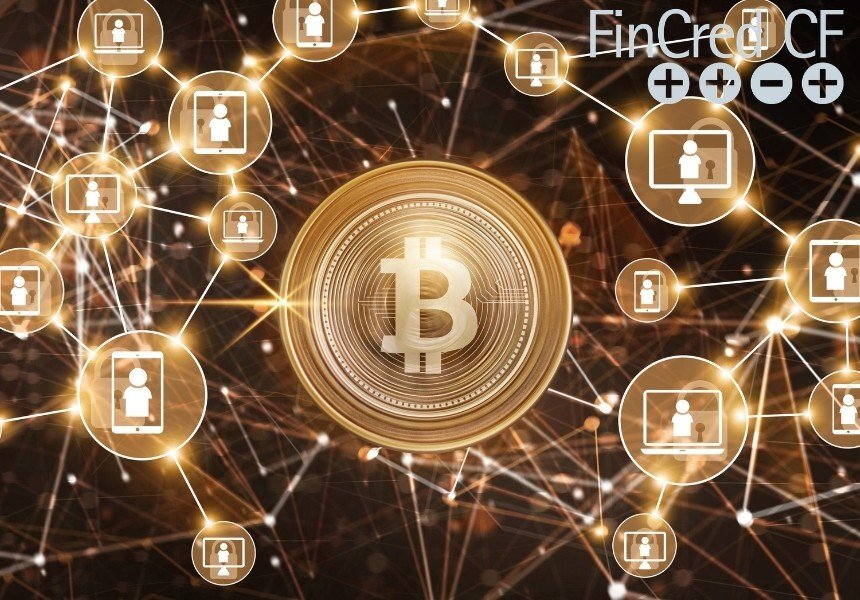 The notion of a digital currency is not new. The first successful form of it was commercialised in 1996 and was called E-Gold. Ever since, we have seen multiple permutations of electronic commerce, all with respective pros and cons. As the markets for electronic currencies have grown progressively more volatile, and analysts and financiers have paid more attention, global considerations about its integration into our economies have also caught steam. This article will offer a quick explanation of the current purviews of digital currency, their implications for consumers and institutions, as well as the risks they will inevitably bring. The digitisation of finance needn’t be the Achilles heel of our current financial safeguards, but it could be if institutions become complacent.

2021 has proven a remarkable year for popular engagement in finance, despite only now just reaching the end of June. In January we saw GameStop experience a ‘short squeeze’, boosting its stocks to incredible prices having sold around 140% of its public float; it accompanied steep consequences for short sellers and hedge funds, with London-based White Square Capital announcing its closure and returning its capital this month. AMC’s subsequent rise from a very similar popular engagement in its shares has now rendered ‘meme stocks’ a household term. One can’t help but predict a similar enthusiasm for blockchain and alternative digital currencies in the future. Many consumers used a bitcoin (BTC) wallet in the early 2010s for one-off transactions when the nascent electronic commerce was in its early days; it’s painful to remember how lackadaisical our approaches were to the disposable currency back then. Some fell victim to its alluring utility, like the man who spent 10,000 Bitcoin on two Papa John’s pizzas in 2010  At the time it was technically worth it; now, however, the bitcoins translate to a value of £242m. There is also a concurrent legal dispute regarding a Welsh man who accidentally threw away the wrong hard drive that stores around 7,500 bitcoins and currently remains at the bottom of a dumping site. Poor fellows.

From the consumer’s perspective, a study from the European Central Bank shows that the largest concern is the potential invasion of privacy. This is reasonable; privacy concerns are ubiquitous across pretty much every developed country, with hegemonic tech giants such as Google and Facebook hoarding momentous amounts of information as well as not paying their alleged dues in taxes. There are potential remedies to this, such as the proposition by the European Central Bank itself in the production of the digital Euro. This will be addressed in the section below. However, for a cultural acceptance of a new monetary system to go forward, there will be a lag time between policy implementation and a collective confidence in the system. There still remains some hesitancy with contactless payments, despite it feeling like second nature for a lot of us; what’s to say the same won’t happen when a digital currency comes our way?

Ultimately, it’s the financial institutions that will have to sufficiently deal with the risks of a digital currency. We are seeing significant attention and concern regarding the phenomena, and for good reason; watch dogs and banks will lose control and would be unable to predict risks if an increasing number of financial transactions remain beyond the scope of their regulation. For many, perhaps including those who invested in AMC and GameStop, the passing-on of autonomy in the financial markets to the public might not only seem desirable, but morally necessary. However, there is a fine line between courage and foolhardiness, and letting a patently volatile currency dominate financial transactions is effectively resigning our well-considered safeguards.

According to a study from the Bank of International Settlements, almost two thirds of central banks across the world are conducting practical experiments to understand the risks and benefits of the launching of a digital currency. They have yet to reach a mutual consensus. Fabio Panetta from the European Central Bank stated that the production of a digital Euro would protect the Eurozone’s sovereignty against other competing digital currencies. He also posits that, because the European Central Bank is not a private company, it has no interest in the storage or selling of consumers’ data. Separating payment details from the consumer’s details can be done by interrupting the supply chain, diffusing all information so that no one individual in the payment chain would have access to enough data to find out an individual’s identity. However, it would still be possible for an authority such as the police to reconnect all parts of the chain in order to figure out a consumer’s identity. This could happen in the case of illicit activity. China, on the other hand, ordered all financial institutions to negate any transactions or service involving bitcoin, which saw the price of the currency drop 30% following the announcement. Germany’s cryptocurrency firm Binance sent a request to watchdog BaFin to retract its statement alleging that Binance broke security laws by using a ‘token’ system that imitates collections of US stocks. BaFin did not, but that has not stopped Binance from advertising its practices on its website.

The legal ambiguity behind cryptocurrency’s classification as neither a currency nor commodity has made reaching a consensus quite difficult. India has been addressing the issue, although the future of its policies remains equivocal, and the dispute also led to US regulators openly disagreeing with each other. Senior at the US Securities and Exchange Commission (SEC) Hester Peirce argued that we should be cautious of over-regulation in the digital currency market, which directly contradicts the SEC Chair Gary Gensler’s call for Congress to regulate the transactions. There is a lot of back and forth disputing the prospective risks in cryptocurrency exchanges. The risks echo former US Secretary of Defence Donald Rumsfeld’s statement about known risks, known unknown risks, and the ‘unknown unknown’ risks. While his policies did not exactly transpire how people expected, it would nevertheless be prudent to exercise apprehension with such a volatile currency.

One of the most relevant risks for consumers is the vulnerability of their digital wallets that hold the currency. A study from the University of Edinburgh shows that there are a lot of technical vulnerabilities that would allow hackers to intercept data transfer between wallets and their personal computers. This could permit funds to be redirected away from the payer and the payee, right into the hackers’ wallets. And, needless to say, because it is not regulated, there cannot be any recourse. This is no surprise, although it should be something worth considering. The operating system Windows XP was incredibly popular in the mid-2000s, though the test of time has shown how incredulously vulnerable the system was. Although, it does make one wonder why Governments were so slow at updating the software. This attack is not just unique to consumers, either; the 2014 attack on the Mt Gox exchange saw a loss of 850,000 BTC (worth over £20bn at the time of writing) from a Distributed Denial of Service (DDOS) attack, and the institution had to announce bankruptcy soon after. A recent study by Imperva proves that DDOS attacks are only becoming more frequent as bitcoin use rises. This is worrying, as it leads us to think of potentially ‘unknown unknown’ risks from hacking when dealing with technology we do not fully understand yet.

Further risks involve the formal collusion of bitcoin miners themselves. Miners secure and verify bitcoin transactions and, in effect, offer a degree of security in the exchanges. The practice also consumes a concerning amount of energy. While we do arguably need them to keep bitcoin transactions fluid, we cannot operate by mere trust. Miners, in theory, can make bitcoins ‘disappear’ and render them unsearchable by honest miners, and when working between each other these miners can them retain the monies without distributing them back into the community. This is a form of theft called ‘Block Withholding Attacks’ and can only really happen effectively when miners have improved ratios. Nevertheless, the fact that miners are incentivised to commit such fraud because of the lack of regulation is a dire calling for increased scrutiny. In a similar vein, the concentration of influence into the hands of a bunch of tech-savvy BTC miners leaves open the possibility of a problem called the ‘51% attack’. This thankfully has not happened yet, but in theory it could without adequate regulation. The situation would occur when miners accumulate over half of the mining hash rate in a specific blockchain. This could give miners the power to double spend as they are able to block and reverse BTC payments. This involves redirecting consumer’s transactions so that they could use the same funds twice, costing the payee and the payer but obviously profiting the miner, and would constitute a lucid instance of theft. It’s a horrible possible circumstance and it once again puts the spotlight on the ‘unknown unknowns’ of dealing with a novel form of exchange.

The introduction of cryptocurrencies into developed economies appeals to many consumers for obvious reasons; the anonymity of BTC exchanges, the convenience of having a digital form of money, the financial savings involved in not needing the physical resources in traditional and fiat currencies, as well as its potential fungibility. However, the risks not only involve consumer-facing costs from theft and fraud, but also holds severe implications for national security and sovereignty. Not being able to administrate a popular currency would leave drastic changes possible in a domain with no regulation; disaster would pretty much be inevitable. If we want to adopt a sustainable digital currency (and that feels more like an eventual certainty as each day goes by), we need to implore governments and agencies to adequately scrutinise and regulate the exchanges. The risks listed above are by no means exhaustive. We should welcome the introduction of a new form of currency with open arms, in the sense that we cannot abide by 19th century legal concepts forever and that innovation will always push mankind forward. However, such progression needs responsible governance. For now, those involved in the financial services should anticipate a turn toward digitisation, particularly with cloud technologies. Until then, we must compel agencies to exercise prudence.