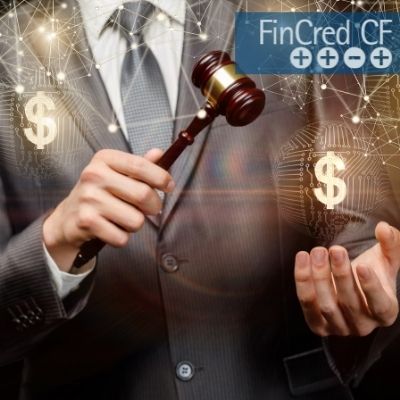 UK Inc’s financial strength has changed throughout the course of the COVID-19 pandemic. Just before we first heard of the virus, the Conservative Party succeeded in winning the election in the winter of 2019, committing to navigate through the departure from the European Union and to focus on bipartisan legislation. The subsequent pandemic caused all industries to shut down (bar those most essential), putting the country on its knees at a time of critical isolation. As 2020 reached its conclusion and Britain was suffering another phase of lockdowns, investors abroad started looking across the pond and noticed the nascent value in the British economy. The 2nd of October saw the conclusion of an auction for the grocer Morrisons, ending a months-long bidding war for the company. This comes after a streak of other acquisitions that occurred throughout 2021. Private equity hasn’t always had the best reputation (the recent relevance of Carlyle Group in a Virginian Governor election is questionable), yet its influence cannot be denied. Our article today will examine what the outcome of the auction for Morrisons tells us, and whether we should expect more takeovers from foreign firms.

By the end of 2020, the famous Issa brothers were already eying up the potential purchase of the Asda franchise. Fast forward a few months, and their £6.8bn purchase was finalised, setting a precedent for future acquisitions and igniting the subsequent attention on British retailers. While the terms of the purchase are still being fulfilled (only a couple days ago, the brothers confirmed that the EG Group is selling 27 petrol stations to the Park Garage Group), it represents a solid business decision. 2021 subsequently saw a flurry of private equity activity: buyout groups spent $45bn purchasing British companies just in the first half of the year, according to data from Refinitiv. This more than doubles the previous record for half-year spending. Peel Hunt data shows that 38 companies listed in London had either been acquired or are in the process of being acquired over the same period. Other high profile cases include Clayton, Dubilier & Rice (CD&R) and KKR’s takeover of John Laing Group, as well as Advent’s Cobham purchase of Ultra Electronics for $3.6bn. Stock Sprits also agreed to a £767m takeover with CVC Funds.

So, why is the recent purchase of Morrisons notable? Well, for one, it marks its long tenure as a publicly listed company. While the takeover has been agreed, shareholders still have to approve the £6.8bn deal at the vote on 19 October. Morrisons is a huge company, representing the fourth largest chain of supermarkets in the UK. Furthermore, the incoming chair for Morrisons is the inveterate Sir Terry Leahy – the man who is widely understood to have been responsible for Tesco’s successful expansion under his leadership. CD&R only had to improve its existing 286p-per-share offer to 287p-per-share in order to beat rival Fortress. The final price is a 61% to Morrisons’ share price on 18 June (before the bidding war emerged). That said, the bid itself was somewhat anticlimactic: usually they result in credulous buyers spending more than they need to, or paralysed investors walking away disappointed. The auction only saw the 1-penny increase for a final offer, potentially underwhelming shorter-term speculators that pushed share prices to 297p on Friday afternoon, before the event on Saturday. Just after, roughly 14m shares of the grocer were traded.

But the apparent compliant acquiescence by Fortress left some directors unnerved. One senior source was quoted in The Telegraph saying that “It’s like they let themselves get beat. You have to wonder whether they had difficulties convincing their own investors about the merits of the deal”. It strikes some as an unusually tepid approach by the firm, as well as a remarkably calm auction for something usually more dynamic. While sceptical investors could certainly be the explanation behind its inertia, there is another possibility: having had a taste of what the UK has to offer, Fortress might be saving itself for an even bigger purchase. Unexpectedly holding off in the auction could indicate a greater appetite for investment and a change in strategy. Take, for instance, the 10% stake of Sainsbury’s purchased by Daniel Kretinsky earlier in the year: some interpreted the move as a confirmation that a takeover is forthcoming (though we have not yet seen one offered). Fast forward to the successful purchase of Morrisons by CD&R, and Sainsbury’s shares rose 5% – the largest jump since August. Speculation is rife not only whether another purchase is expected, but who will be acquired. Fortress being left unsatiated in conjunction with seasoned shareholders might be a recipe for future takeovers of UK-based grocers and retailers.

As for the sale of Morrisons, many worry that CD&R’s pledge to streamlining operations might lead to cost-cutting that could compromise customer service, staff numbers, supplier terms and negotiations, and more. That said, others point to the skill set of the departing CEO David Potts, who is known for his attention to detail and organisation, and that of incoming Terry Leahy, who has much more experience in marketing and buying. Complementary experience is needed in good business, although many do not a bullish or overly aggressive change intact. One of the largest shareholders, Columbia Threadneedle, has already suggested on the day of the sale that it would accept the offer (it owns an 8% stake in the company). Current non-executives are expected to step down, including the chair Andrew Higginson and director Rooney Anand, though Potts’ team will continue to adopt the quotidian functioning of the company. That said, senior management might pocket a juicy £39m payday, suggesting perhaps that their incentives have already been satisfied.

In conclusion, the underwhelming auction of Morrisons leaves us questioning the motives of Fortress. Shares in Sainsbury’s rose, as well as in other companies, as speculation continues to rise over who the next victim of an unsatiated Fortress could be. Furthermore, the geopolitical positioning of Britain as developed countries’ economies emerge from the COVID-19 pandemic could leave purchases very attractive to private equity firms. With a modus operandi of acquiring companies to then improve their functioning, the UK is probably replete with fertile financial opportunities. In summation, we probably should expect more private equity activity in the UK, as well as other purchases from other corporations. It seems that the problems of Brexit and COVID-19 might have joined hands to provide an opportunity.