The National Security and Investment Bill 2021 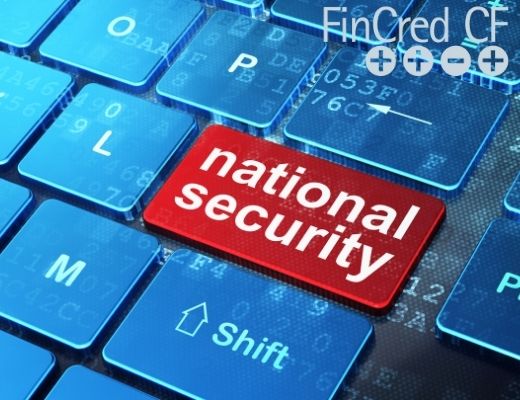 Until just a few months ago, UK Ministers had limited jurisdiction to interfere with mergers and acquisitions (M&As) that could pose any kind of security risk under the Enterprise Act of 2002. However, recent changes in geopolitical tensions, as well as economic troughs and supply-chain vulnerabilities, have pressed officials to consider broadening the parameters of the Act. With Brexit looming on the horizon, the UK Parliament created The National Security and Investment Bill in November to widen the scope of powers to interfere in foreign investment. As private equity activity continues to flourish in the UK, the pressure to protect sensitive assets has only increased. This article will explore the implications of such a widening of authority and examine the industries affected.

The COVID-19 pandemic affected every economy across the globe, highlighting pressure points of supply chains and the need for collaborative trade. However, the disaster did not eclipse decades-old political tensions; big players like Russia, the US, and China still have grand strategies to implement. Foreign investment in the UK has become an increasing concern for regulators—an ironic twist of fate, given the UK Government’s endeavours to attract post-Brexit international finance—and many feel that the pandemic has made our economy more desperate for funds. As we left the European Union, private equity takeovers leapt over 2021, starting with the Issa Brothers’ £6.8b acquisition of ASDA and now snowballing into the most prosperous year for the industry in history. The Chair of the Foreign Affairs Select Committee Tom Tugendhat stated that, while there is nothing wrong in infrastructural development that merely raises a profit, operations involving technological transfers of critical infrastructure warrants extra scrutiny. Unfortunately, assets defined in terms of ‘critical infrastructure’ have changed since the original Bill’s conception.

Cisco CEO Chuck Robbins told the BBC that he expects the current computer chip shortage to last at least another 6 months, painting a dire forecast for those involved in the tech industry. Computer chips and semiconductors are used in an extremely wide range of products, from power units for cars to satellites orbiting the planet, and its demand is expected to increase as 5G and cloud technologies become more relevant. Technology analyst at Wedbush Securities Dan Ives stated that demand for computer chips is probably 25% higher than anyone had currently expected. US-based Intel has already reacted to this projection, opening two new facilities in Arizona. Samsung, on the other hand, is less optimistic. The UK, however, may have compromised itself; the Wales-based computer chip producer Newport Wafer Fab is the UK’s largest producer of computer chips, yet has faced a buyout offer by Nexperia for £63m. Nexperia itself is owned by the Chinese company Wingtech, which is supported by Beijing- and state-backed investors. If Britain is trying to gain any economic advantage as it emerges from Brexit, selling off one of the world’s most valuable assets is one thing—but to dish it off to a global competitor suggests that we have opted for a strategic disadvantage.

Once the acquisition of Newport by Nexperia was confirmed, it was revealed that the Welsh Government had invested money in the company to develop high-frequency chips for use in communications systems. Because of the sensitivity of the assets involved, many officials expressed apprehension in working with a global competitor in a competitive market. Ed Miliband remarked that the plant is a “vital economic and technology asset”, and even the President of the European Commission Ursula von der Leyen compelled nation states to protect critical companies from foreign takeovers. This instigated a revision of the National Security and Investment Bill created in November to expand the powers to prevent sensitive M&A activity—something that probably would have received more backlash, were the media not focused on Brexit and COVID-19. Thus, we arrive at last weekend—a formal amendment to the Bill, dated July 25th, to expand M&A regulation and influence over an array of industries.

What is the Expansion?

The amendment of The National Security and Investment Bill 2021 saw the addition of 3 more assets to a list of 17 sectors that will warrant Government approval for M&A activity. The Government will forward any activity to an Investment Screening Board that will review transactions within 30 days; the Government itself, however, retains the right to retrospectively cancel transaction up to 5 years after their completion. Also, in the previous Bill, there used to be a hierarchical system of priority that positioned military and Government suppliers above all other sectors; now, certain assets will be considered on equal stature. Furthermore, City dealmakers deemed in violation of the parameters of the bill could face £10m fines, as well as a cost of 5% of its global turnover. The Government expects to be notified of around 1,000 deals per annum, with roughly 70-95 being called in for review. Assessments will be conducted on a case-by-case basis.

The industries whose M&A activities will require Government approval include:

New additions to these sectors include assets relating to Artificial Intelligence, Computer Equipment, and Quantum Technology, and have all been considered equivalently sensitive as of July 25th. For larger companies, the message is clear—do not engage in acquisitions unless you are positive the assets are inconsequential. For SME owners, the message is more opaque; be aware of larger enterprises in your supply chain that could be vulnerable to the consequences of the Bill, and prepare for prospective late payments or communication difficulties.

One of the first actions taken after the passing of the new Bill was by UK Research and Investment to suspend taxpayer grants to Newport Wafer Fab given the current sensitivity and strategic importance of computer chips. Nevertheless, there remains a contractual clause that allows Nexperia to take control of the plant, which currently employs around 400 employees. We also saw Labour MP Kevan Jones call for the Government to acquire a golden share of Ultra Electronics after Advent International made a £2.6b takeover offer of Ultra through Cobham. Ultra Electronics provides technology to the UK government, including maritime hardware for the Royal Navy, reactor control systems, electronic warfare technology, and assets for defence. The deal has a deadline of August 20th for completion; it will be interesting to see how far the Government will intervene. Other upcoming transactions that could be affected include Nvidia’s efforts to purchase UK-based microchip developer Arm Holdings, as well as Fortress’s acquisition of Morrisons.

Since the new powers granted to the Bill only passed over the weekend, it is hard to predict how the policies will unfold. One very real possibility is that the legislation will deter foreign investment in British companies; a sentiment echoed by former Business Secretary Peter Mandelson in November. Similarly, the investors could stick to their guns and wait 5 years to see if the finances are worth it. The third possibility is, of course, that our sensitive assets are being purchased by foreign private equity for geopolitical strategy—a more sobering thought. Regarding the financial consequences, it is imperative to be aware of the pressure points of your supply chain. If you have trading partners that fall within the sectors listed above, develop contingency plans in case payments get interrupted. In previous weeks, FinCred has written articles addressing geopolitical risk and trade credit insurance, as well as how best to manage cash flow. If the Bill continues forward, those insights will become even more relevant.