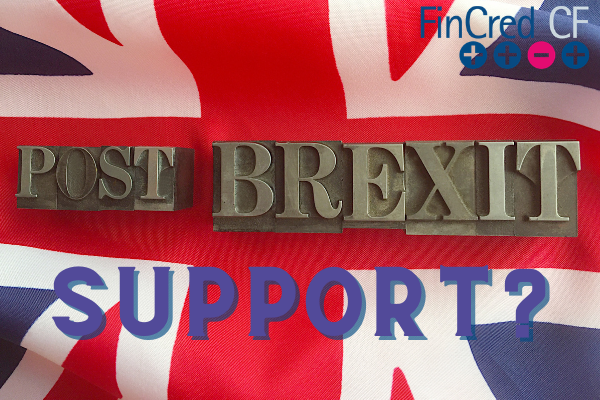 In previous articles, we have painted a relatively optimistic forecast for the UK in a post-Brexit and post-COVID-19 world, and we believe for good reason. However, complacency would be the country’s Achilles heel if we let it, particularly in the current milieu; it appears that the UK has failed to liberate the services sector in discussions with the EU for single market trade, putting a huge chunk of UK prosperity in the air and ostensibly risking the livelihoods of multifarious families and networks. The services sector accounts for almost 80% of the UK’s economy and constitutes nearly half of our exports—more than any other major economy. While Brexit has favoured some more than others (such as the logistics sector), the future of the services industry is opaque. Current restrictions on important factors include cross border mobility, recognitions of qualifications, free-flow of investments, and rights of establishment; with 94% of service exports to the EU coming from small businesses, the UK Government will need to respond to these urgent demands to ensure the smooth transition we know we can achieve, and to land on our feet following one of the most catastrophic years in economic history.

Just like other professions in the services sector, post-Brexit operations rely heavily on the mutual recognition of qualifications. Those who wish to operate in EU and who have not already set up an EU network will be unable to work inside the European Economic Area (EEA), as the UK qualifications are not recognised in the single market under the current Trade and Co-operation Agreement (TCA), agreed upon in December 2020 and effective as of January 2021. Furthermore, the EU directive require auditory firms to be operated by EU-qualified partners. This will mean that any auditors who want to provide their services in another country within the region will have to arduously check regulations in each of the 27 nations, one by one.  Tax advisory services almost face similar problem as auditors, although for tax services there is no regulation from within the UK. Nevertheless, each nation state of the EEA has its own domestic regulation. Tax advisors, just like auditors, will still have to manually go through the policies of each individual country to see if they are eligible for work there; they must ask themselves if they are merely able to travel to their designation country, let alone offer any counsel at all, even if via remote methods. In some cases, it is likely that all three clauses would be rejected, placing the profitability of service sector exports in jeopardy. This is unfortunate, as just before the COVID-19 pandemic hit the tax advisory market was set to expand more than any other European country in 2019; now that the TCA was somewhat settled in the December of that year, we can only speculate how much of the demand we will be able to supply for.

Patent agents and those dealing with intellectual property rights (IP rights) are similarly facing hurdles, although one could argue they enjoy greater security. Dealing with a single market trade agreement with the European Union will still require individual assessments for each country to see if operations are feasible—for instance, in order to work in Hungary or Finland, agents will need to prove some kind of EEA residency or establishment, a large blow to those habitually working or networking there before the COVID-19 pandemic. Slovenia will also need workers to prove European establishment for accounting and bookkeeping services. That said, the majority of the standards stated in the TCA were already explicated in EU and UK law anyway, though those standards remain relatively insubstantial. This means that the UK will inherit the increased flexibility and purview to define its own policy of the exhaustion of rights. A significant constraint on the practice of IP rights, ‘exhaustion’ means that a product has the freedom to be sold, resold, and rented, so long as the original IP owner has given permission. This means that national IP rights cannot be invoked to constrain the product’s distribution. At the moment, the UK will be continuing its strategy of regional exhaustion of IP rights, although we should expect that Government will be consulting the Intellectual Property Office to determine the best policies. One of the most important achievements for IP services, however, is the ruling that rights that were exhausted prior to the departure of the EU will remain exhausted, at least offering security that others in the service sector are unfortunately not experiencing.

Lawyers have fortunately been given some security in the TCA, as the UK Government committed to a temporary assurance of the mutual recognition of law qualifications, meaning that lawyers can work in the EU with indigenous titles and qualifications. Section 7 of the 5th Chapter in the Trade and Transport title in the TCA explicates permissions to practice international law, arbitration, conciliation, and mediation abroad. The TCA also linked legal services as precedents for other trade negotiations, perhaps offering a more optimistic outlook for the industry in future Free Trade Agreements. It is important not to those working in said institutions to become complacent, however; there is no hard-line green light for the mutual recognition of professional qualifications in the Agreement, only provisional exceptions and a temporary guarantee. Nevertheless, legal services only need to focus on EU arrangements to combat these issues, since public international law excludes EU law, and the agreement still permits the UK and the EU to agree on qualification recognition on a case-by-case basis.

The creative industries, on the other hand, are one of the hardest hit by the agreement, despite boasting £111bn in revenue in 2018, nearly £13m per hour. While there was a zero tariff, zero quota element to the agreement, musicians have been facing a distressing amount of bureaucratic red tape, throttling any freedom of movement and imposing sometimes unmanageable amounts of debt. There is only a finite amount of time before COVID-19 restrictions on international travel are lifted and the UK subsequently suffering economic loss and workers lose their livelihoods. The creative industries are one of the most pressing issues for post-Brexit navigation, and represents one of the overlaps of the Brexit-Covid catastrophes. UK Culture Secretary Oliver Dowden faced questions by Members of Parliament on Thursday 13th May and admitted that there has been no progress in bilateral negotiations to help ease constrictions on the creative industries, particularly musicians; research conducted by the Incorporated Society of Musicians (ISM) showed that 94% of respondents were negatively affected by the TCA and less than 10% of music businesses felt that UK Government action was adequate. Musicians may face visas to Italy or Spain for £500 or £600 respectively, just for single performance. ‘Cabotage’ restrictions on touring vehicles as well as fee-ridden carnets, requiring deposits and administrative charges and more, not only stymie the productivity of creatives such as musicians. They render the profession wholly unprofitable and unaffordable for the majority of those involved. Prime Minister Boris Johnson pledged to Members of Parliament in March that he will fix the visa crisis—we hope for everyone’s sake that some agreements can be made.

Post-Brexit financial services have a more optimistic forecast—the sector accounted for 6.9% of the total economic output in 2018, providing £132bn to the UK economy. Prior contracts with the EU went beyond conventional free trade arrangements, permitting a practice called ‘passporting’ that allows for very smooth exporting of financial services across EU states without the need for further licensing and regulatory permits. Passporting will no longer be a part of a single market trade arrangements with the EU, including for financial services firms. Nevertheless, financial services can rest assured of some commitments, including the implementation of international standards for money laundering, terrorism, and anti-terrorism measures, and guaranteed access to UK firms for necessary operations. However, my opinion, and shared by many, is that the UK should be focusing on solidifying London as a non-EU financial hub, by showcasing our deeply financial operations and culture and to advertise to the globe of our sustainability; such a campaign would require mutual trust between clients and services as we emerge from an incredibly perturbed 18 months, but the trust is more than feasible. While such commitments will require collaboration, initiative is needed to give opportunities for domestic investment; our sister company FinCred IS (International Solutions) has therefore established itself within the UNIBA Partners Network to provide insurance broking services and more from a gratuitously secure system. With companies setting trends and boosting economic morale, we should expect some solutions forthcoming.

While this article certainly has not covered all constituents of the services industry, we feel that it is important to cover the more pressing sides of current diplomatic negotiations. The economy is opening at the time of writing, with retail and entertainment services only just permitting indoor venues. Economically speaking, we are on an upward trajectory, but the crisis that the services sector is experiencing is an essential problem to tackle in order to maintain this momentum; it is vital to reform current cross border mobility and boost government support for those involved and truly redefine the UK as a non-EU financial hub. It is a formidable and ambitious task for those in Government, and in some ways it would be surprising if we faced no problematic roadblocks on the way. Nevertheless, the clock is ticking as the aviation industry prepares for international flights this summer—creatives are unfortunately holding their breath on ministers’ diplomatic abilities. Once our bureaucracies recalibrate, however, the UK will be able once again to boast our creative exports and fiscal culture; as mentioned prior, current endeavours to boost access to international markets, such as FinCred IS operating within UNIBA Partners, will only solidify such reputations. Once this problem is tackled (because it needs to be tackled), the UK will encourage investment and return to business as usual—perhaps even better than that.