The UK and India: Redefining Trade in a Repairing World Economy 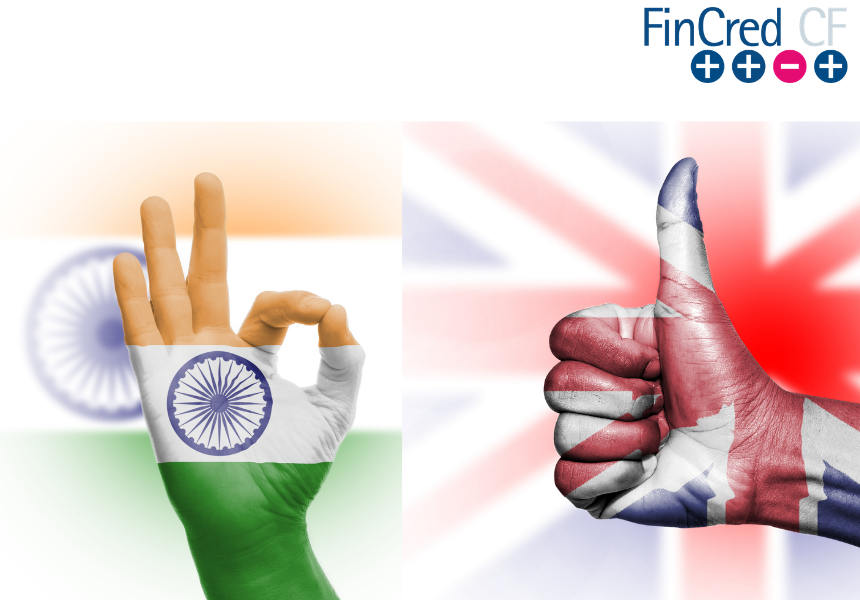 The UK Government has managed to secure investment commitments from India, instigating exclamations of relief from those concerned with the fate of post-Brexit Britain; with elections looming, the breakthrough is a clear win for Boris Johnson’s administration. The timing is crucial—India has suffered a difficult couple of years, with mounting allegations of endemic corruption, the ongoing farmers’ protests, and now a staggering increase in the rates of COVID-19 cases and deaths, reaching 20 million infections at the time of writing. India, normally apprehensive in asking or accepting international help, has domestic media reporting that they have received oxygen and ventilators from numerous nation states. The G7 summit between the most influential Western nations is also just around the corner, with one of the topics of discussion to be how to distribute COVID-19 aid to countries that need it. The UK has benefitted from the relationship with India, having imported paracetamol treatment last year and enjoying a £23 billion trade deal—which, according to Secretary of State for International Trade Liz Truss, could double by 2030 given these recent discussions. But will the deals see tangible differences in our fiscal environment, and will the resultant clout help investors and businesses?

The details of the deal itself involve 6,500 UK jobs and is worth £1 billion, with £533 million coming into the UK (primarily in the health and technology sectors), and UK businesses being permitted to invest £446 million in operations in India (mostly the food and drink, services, and life sciences sectors). One third of the proceeds will be going towards low carbon production, furthering Boris Johnson’s green agenda. The Serum Institute of India—the world’s largest vaccine manufacturer—is set to invest £240 million in the jabs business in the UK, involving clinical trials, research, and development. And UK medical company CMR Surgical secured and export deal worth around £200 million that will generate roughly 100 UK jobs. Non-tariff restrictions on fruit and medical devices will be lifted; for the first time, British apple and pear growers will be able to export, and medical equipment can be certified for domestic Indian use. Student VISAs will be liberalised, resulting in greater international recognition of academic qualifications and probably more Indian students applying for UK universities. The UK is also looking to rescind the 150% tariff on Scotch whisky and 120% tariff on car parts.

India is the largest market for the UK to trade with—the deal is greater than the US and EU combined, and the agreements will increase the UK’s influence in the Indo-Pacific region, hopefully making the economy more attractive to those more sympathetic to the area. The announcement comes ahead of Boris Johnson’s virtual meeting with Indian Prime Minister Narendra Modi this Tuesday afternoon, where they will discuss the climate, defence, and health and trade. The deal has had more direct involvement from the UK Prime Minister Boris Johnson and appears to go beyond the typically routine commercial decision making—the more intimate nature of the arrangement and the pivotal timing of the deals has remedied general monetary anxiety, but there have been criticisms and hesitancy.

While the talks certainly mark positive developments, there has been no conclusion on a comprehensive free trade arrangement: the UK has only announced an “enhanced” partnership and secured investment commitments, but free trade deals will have to be visited later this autumn. Such discussions will involve the reduction of trade barriers, digital data management, and will likely precipitate some business mobility clause. That is certainly positive for international investors looking to conduct business in the UK, but that does not change the fact that they will be forced to wait despite an increasingly sharp domestic economic return from the pandemic. Furthermore, it may be too late for the UK to have kept any leverage; the European Union has managed to secure a free trade arrangement with India just days before the UK Government announced their investment commitments, perhaps meaning that the UK will have to take a back seat on the negotiating table down the line. For investors abroad, the image may be obvious; post-Brexit Britain is not as fiscally secure as Brussels.

This may not be as bad as it seems, however; one of the stated goals of the discussions was to invest in a long-term relationship between the UK and India, with projections looking years, even decades down the line. While leaving a union of nations may incur a period of turbulence, aspects of British operations are already reaping the new-found benefits of increased sovereignty; the Bank of England can liberate small-time lenders to increase competition much more easily, and reports from the first quarter of the year showed £5.1 million of investment in start-ups. It would be hard for anyone to guess the conditions of various countries’ economies later this year when free trade arrangements will return between India and the UK—but one truism is the optimism felt by the public to consume this summer as the fetters of lockdown restrictions ease. Increased consumption in a wealthy western nation is as attractive to business as ever, let alone a nation looking for redefinition in a frozen world only now beginning to warm up.

Our last article focused on the apparent prosperity of the UK economy and the predictions for various sectors over the summer. While retail sectors are suffering from a supply issue of potential employees, and the hospitality industry recently lost a motion to open indoor ceremonies prematurely, it seems that most are erring on the economy returning to a healthy condition. The world is changing quickly as we adapt to a COVID-19 world and emerge from an unpredictable and turbulent period. Perhaps this is the best time for a country to re-evaluate its position and influence among the world order.