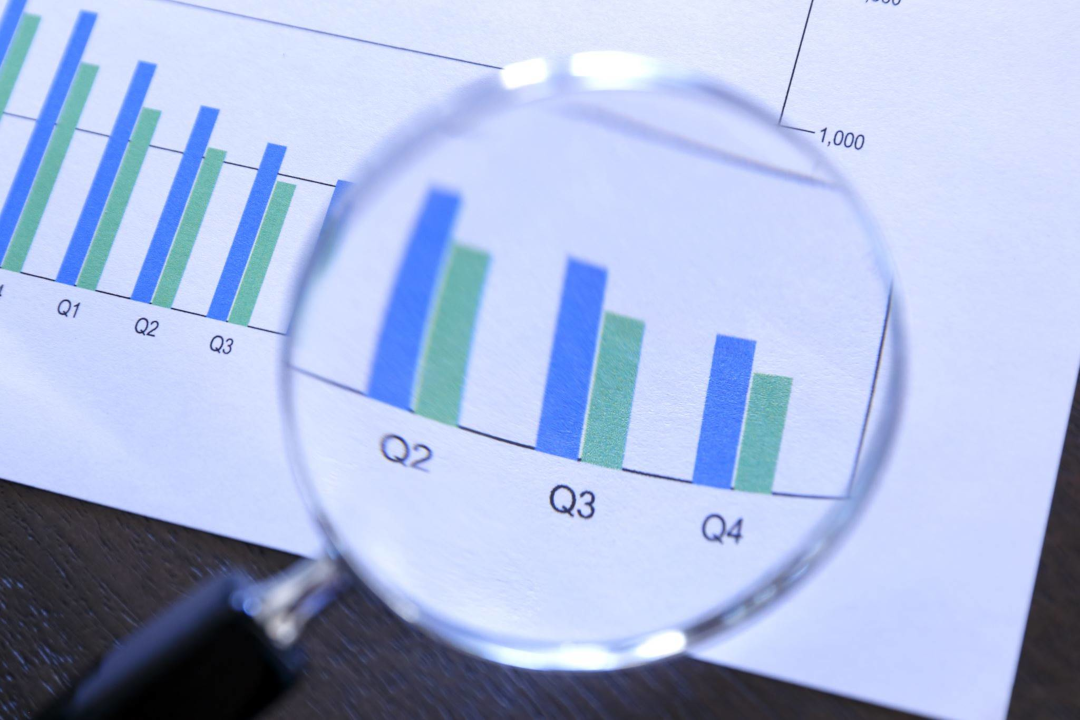 Benjamin Franklin’s statement on the two certainties of life being death and taxes is testament to the complexity of distributive justice. That said, the issue has become an increasingly hot topic following the industrial and technological revolutions over the last couple of centuries. As we emerge from the COVID-19 pandemic, we have seen vulnerabilities in supply-chain dynamics and interdependence in financial operations. Our mutual reliance in the current world order hints that globalisation is an inevitable feature of a developing world. Will this leave more responsibility in the hands of giant corporations?

Our current fiasco with a minimum global corporate tax can be traced to 2013, which saw the initial formation of the Organisation for Economic Co-operation and Development (OECD)’s Base Erosion and Profit Shifting Project (BEPS). It was made to combat tax avoidance by Multinational Enterprises (MNEs) that operate in various countries but pay little, if any, taxation that returns to the country’s economy itself. In 2015, BEPS delivered its report marking its move into the second phase of its operation – ‘implementation’ – and marked changes in consumer behaviour due to an increasingly digital society. They then planned for a taxation of MNEs based on the area where digital services were consumed (via cross-border and direct-to-consumer transactions) rather than where the company itself was headquartered.

From then until 2019, many tax authorities saw the BEPS plans as tacit endorsement of aggressive digital tax plans. A group of 20 countries spread mainly across Europe, including Italy, Spain, and also Chile, subsequently released taxation proposals and the UK declared a novel 2% tax on local revenue generated by such MNEs. In October of 2019, French lawmakers approved a 3% digital tax plan; US President Donald Trump subsequently launched an aggressive levy on French Wine, before Treasury Secretary Steve Mnuchin and economic advisor Larry Kudlow negotiated with France Finance Minister Bruno Le Maire to find a more diplomatic solution.

Only a few months later, in early December, Treasury Secretary Steve Mnuchin wrote a letter to OECD Secretary General Jose Angel Gurria reiterating the US opposition to unilateral digital tax and recommending that the arrangements between the coalition of 135 countries be altered to allow for an option out; the safe harbour arrangement patently reflected the Trump administration’s nationalist and isolationist tactics. On December 20, the Trump administration formally announced their own ‘safe harbour’ policy which offered such NMEs an optional out of global minimum tax; Steve Mnuchin stated that even diluted versions of binding taxation would not pass Congress. The rejection meant that US companies could refuse to pay a digital tax for foreign countries they operate within if they did not want to.

Departures from Policies in 2021

On February 21, Janet Yellen announced that the US will drop Trump’s “Safe Harbour” efforts that allowed giant tech companies agree to contracts on a voluntary basis at a meeting with G20 finance ministers. It was opposed by many European countries, so the move might potentially mark the end of transatlantic friction due to US isolationist measures. Yellen stated that the US will support both aspects of the OECD Project; a global minimum tax and establishing a digital tax. Trump’s policy operated around an alleged safe harbour loophole in the OECD Tax arrangement that would have allowed giant tech companies to comply, stymying any progress on the deal. Yellen has now publicly stated that the US will support both pillars of the OECD Project, marking the end of what Italian finance minister Daniele Franco called a ‘deadlock’ in negotiations. One pillar represents how profits should be allocated, and the other refers for the need of a global minimum corporate tax rate. Previously, the Trump Administration only supported the first and in vague terms, avoiding the notion of any global minimum corporate tax rates.

In April, Biden announced updates on taxation plans, boosting corporate tax rate to 28% from 21% and a global minimum tax of 21%. Goldman Sachs alone was expected to concede a 10% hit on earnings next owing to those tax rates, given that metric. Around the same time, Yellen gave another speech calling on other countries to support Biden’s taxation policies, positing greater responsibility on how to implement fair competition and distribute financial burdens.

As G20 negotiations progressed, so did compromises; in May, Biden’s initial 21% global minimum tax proposal was later drawn back to a minimum of 15%–something the French Government accepted as a workable rate and urged the OECD to reach an explicit agreement ahead of the G20 finance meet in July. It was still sticking with ambitions to keep domestic corporate tax rates up at 28% from 21%. Such negotiations even persuaded Ireland, which has one of the lowest European corporate tax rates at 12.5%, when the nation said it would advocate for a global agreement on corporate taxation so long as it accounts for the country’s current low rate. The impacts of global corporate tax would make it harder for modern businesses to reside in tax havens such as the Cayman Islands or Bermuda, and would push revenue into countries where businesses operate in their jurisdictions but pay little corporate tax because they are headquartered in other countries. That said, if Biden’s 15% global tax rate proposal is accepted, it would leave a significant gap between that and his domestic tax rate of 28%.

Recently, the Editorial Board of the Financial Times wrote a piece in support of Biden’s tax plan, urging countries to support the proposition and marking the historic influence this may have across the globe. Gary Clyde Hufbauer, from the think tank Peterson Institute for International Economics, wrote a letter in response disputing such support. He trumpets a sentiment of the ostensible arrogance of the G7, the nations in the region with the most wealth, to dictate the rest of the world on how best to impose taxation. Hufbauer makes the observation that any agreements made by emerging countries will likely offset the levies with new tax deductions or credits, so now is no time for premature celebration.

Quite soon after, the world renowned economist Joseph Stiglitz wrote a piece in the Financial Times, describing the current conflicts in the tax negotiations; given how the EU has been trying for years to reach a fairer global taxation system, its tepid reception of Biden’s tax plan seems surprising. Europe has been providing much momentum for the BEPS project, opening jurisdictions with low tax rates and increasing transparency regarding shell companies. It is not too late for Europe to subscribe. The MNEs will likely be launching a counterargument positing that such taxes will discourage investment, but basic economics show otherwise. When the G7 meets on Friday 11 at Cornwall, they will have the timely opportunity to deliver an incredible and historic strike against tax avoidance and corporate secrecy, although they must first successfully co-ordinate with other countries within the OECD framework to commit to loophole closures and a floor rate of 15% (which will be notably difficult with emerging countries such as Hungary and Singapore). But this is a pivot-point for corporate governance; the G7 has the choice either to significantly alter a currently unsustainable route of the race-to-the-bottom, or proactively reinforce a status quo and go up against our trans-Atlantic partner. The G7 has the choice to determine who the winners of globalisation will be.

The UK Chancellor Rishi Sunak will be the one chairing the G7 meet with finance ministers but has expressed apprehension over the course of May 2021 regarding Biden’s tax plans, stating that he would only consider a global minimum tax as part of a broader package. The UK Government has stated concerns that tech giants might end up paying domestic taxes in, say, California, rather than within the UK. It is totally fair for the UK to question the adequacy of the distributions of taxation in a massive arrangement like this. Labour has been pressuring the UK Government to accept the deal, with Shadow foreign secretary Lisa Nandy charging that Britain was not showing leadership. It would of course be naïve to expect an issue such as this to be negotiated without politicisation, but in bilateral conversations it seems that ‘leadership’ is the biggest factor at play. Just like the UK’s trade deal with Australia will probably open opportunities for further deals down the line, the UK’s participation in Biden’s tax plan (and prospective support at the G7) should allow for more multilateral taxation. If the idea is to mitigate the effect of the ‘race-to-the-bottom’ in national tax rates, the UK could set a very powerful precedent in its support and therefore disincentivise other countries to renege on the OECD deal. Just as collective action inherits problems of free-riding, the UK’s participation in Biden’s tax plan would secure further co-operation from other countries who stand more to lose.

Perhaps this is why a plethora of current and former British-based business leaders signed a letter to the UK Government urging them to accept Biden’s initial threshold of a 21% global minimum tax, intentionally ahead of the G7 meeting. It would imaginably push more money into the UK Economy from giants such as Amazon and Facebook, and allow for a more even playing field. A Treasury spokesman stated that they are scrutinising that the taxation would appropriately reflect business activities; Sunak himself stated that the “devil is in the detail”. That did not stop slow Biden’s momentum, though; the US whacked the UK, Italy, Spain, Turkey, India, and Austria with tariffs worth 25% against $2bn worth of goods, in an attempt to help push forward trade talks regarding taxation plans. Sunak stated that an agreement is possible, but it must include tech giant taxation; something the US is still vague about. If an agreement is not made in 6 months, however, the UK will face costs of $887m from the tariffs. From a skin-deep perspective, it seems that the UK has only one direction to go, but it can still maintain some degree of control through its negotiations with its trans-Atlantic partner. Let’s just hope it isn’t as drawn-out as Brexit.

To offer a conclusion on the UK’s status in tax deals would feel premature as the conversations are still ongoing; this article is therefore still open to updates. That said, the UK (and any nation within the EU) stand to inherit a formidable modus operandi if they outright reject Biden’s tax proposal. That doesn’t necessarily mean that nations will be strong-armed to accept percentages of 15, 21, and 28, but it does indicate that a degree of diplomacy will be needed to avoid a tariff war down the line. The UK is vulnerable as it just left formally left the European Union; perhaps the greater cost of negotiation will profit later this decade.