Why UK-Australia Trade Is More Important Than It Seems 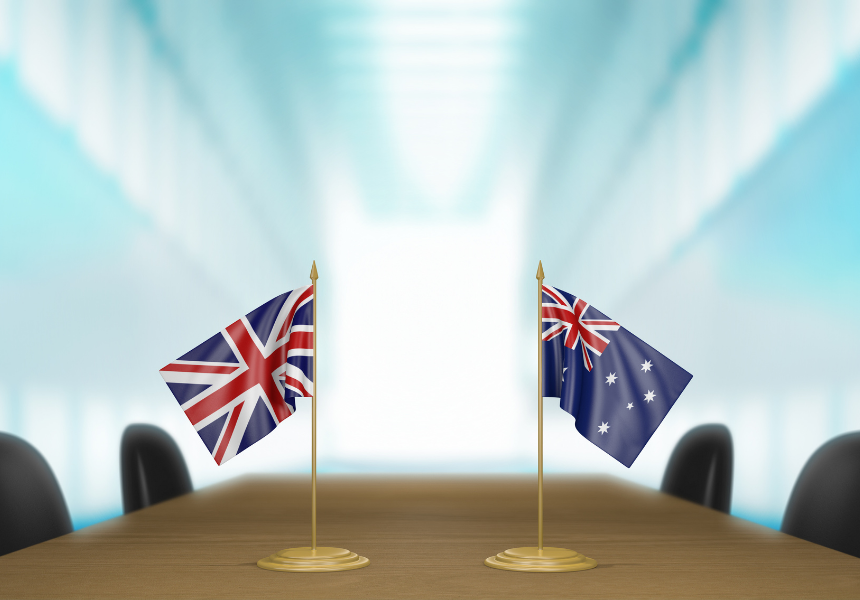 Why The Deal With Australia Is Important

It was only last week that UK Dagenham MP John Cruddas had his book, ‘The Dignity of Labour’, enter bookstore shelves and rattle up social scientists across the country. In broadly political terms, the world has seen a tumultuous rise of nationalist and populist sentiment across the globe, with hotspots rising in Brazil, Hungary, Europe, and the United States; the working class has felt neglect and a lack of fiscal support from national authorities, and that doesn’t only apply to any one country. For the UK, domestic productivity is as important as ever as the country emerges into unfamiliar territory, no longer a part of the European Union and now subject to defining its own terms in negotiations with limited leverage. It is incredibly important for the increasingly widening gap between citizens and governers not to be neglected, particularly if it wants to convince not only other governments but also its own citizens of its new trade agenda. That is why the current fiasco regarding a new trade deal with Australia is more important than it seems; it sets a precedent for future trade deals and could further decay any patience from domestic workers. It is also seen as a priority ahead of the upcoming G7 summit in Cornwall. For small businesses and those using local produce, our economic relationship with Australia is the pivot-point of future prosperity.

Australia has demanded the removal of all tariffs and quotas on its exports, notably including meats such as beef, lamb, and pork. After much internal debate from within Government, the UK accepted the deal, although there were plenty parliamentarians who vocalised concerns that farming and agricultural sectors stand to lose any competitive edge, and some could possibly be put out of business. It feels expectable that the UK would strive for the lifting of tariffs to open its economy up; navigating through its adolescence as a more autonomous nation will entail the twists and turns of trial and error. That said, while trade deals should see a general reduction in tariffs, it is extremely important for those making the policy to be sensitive to the produce of domestic farmers and SMEs. Furthermore, the delivery of such public goods by domestic farmers are essential for the Government to achieve its annual targets. The consequences are double pronged; one horn is an economic issue, with farmers at patent risk of losing their jobs and being lost in the shadow of cheap imported meat. The importing of goods from tariff- and quota- free trade deals will stymie the productivity of the very domestic workers that are supposed to be represented in the policy itself. The second horn, however, is more abstract and largely represents why the Australian deal has such salience. The Australian trade deal would necessitate the purchasing of foods that do not live up to domestic animal welfare and environmental standards, pushing the policy into more ethical territory and putting adequate parliamentarian representation into question.

Hormone treatment has been an inveterate controversy within the domains of international trade; the EU began to limit their use from 1981 and placed a formal ban in 1989, and then an amendment in 2003. Britain has maintained standards of banning hormone treatment for growth stimulation in meats for 15 years, although the ban is now in shaky ground with precedents being set in the Australia-UK Trade Deal. A tariff- and quota- free trade deal with Australia would see the placing of chlorine-washed chicken and hormone-fed beef on the shelves of UK retailers at far cheaper prices. The RSPCA has already posited dire consequences of the deal, including mulesing, excessively long journeys for animals, and sow stalls. Last year, the National Farmers’ Union garnered 1 million signatures demanding the UK Government to respect such national standards in any post-Brexit trade deals—clearly anticipating the trade-offs between having a desirable business environment and having native productivity and respectable standards. While these are clearly important considerations for any well-meaning citizen, the issue is more nuanced and holds more significance than it ostensibly seems; there is a gap widening between UK workers and the Government’s role in post-Brexit standing. The UK is clearly in a difficult position by needing to uphold to referendum’s decision to leave the European Union in 2016; the Australia trade deal serves effectively as a litmus test to see whether this desperation will be exploited in the future.

If the UK cannot figure a deal with Australia, it disrupts any chances of joining the Pacific trade alliance (CPTPP), an arrangement of huge strategic importance having just left the previous European Union and needing to establish a role in the Indo-Pacific region. Since a country needs to trade with every other country in the CPTPP in order to join, there is an immense pressure to have a trade deal with Australia. However, there is an ongoing row from within the cabinet and government regarding how far to go in ignoring the demands of UK residents against the demands of other countries in the global financial order. The Scottish National Party called on Scottish Secretary Alister Jack to resign if he fails to provide support or stand up for farmers in negotiations. Furthermore, the Scottish Secretary of Rural Affairs Mairi Gougeon wrote a personal letter to the UK Secretary of State for International Trade Liz Truss, stating bluntly that the deal will “put UK farmers out of business”. Minister for the Cabinet Office Michael Gove had reportedly warned Prime Minister Boris Johnson that such tariff- and quota- free deals will undermine the agricultural sectors of Scotland and would probably bolster nationalist sentiment. While the offering of the deal to Australia does indicate the success of free traders from within the cabinet, it is still difficult to predict how sustainable such success is; again, without the support of its own citizens, the UK Government will have bottlenecked odds of securing trade arrangements in the future, let alone the pivotal Australian arrangement. The representation of workers has been a hot topic for UK voters now for decades, but it is becoming increasingly important; the Labour Party’s loss of Hartlepool paints a pessimistic picture of the organisation’s effectiveness, but more importantly goes to show how the implosion of Hartlepool’s Liberty Steel directly affects people’s lives and can be translated into the political spectrum. This is because the neglect of workers by government is not a wholly political phenomena and is proactively impacting trade arrangements and post-Brexit dynamics at the time of writing. Any business operator should keep a close eye on the outcomes of this arrangement, since this is one of the occasions whereby political action is directly connected to the policies affecting tomorrow’s operations.

What Do Financiers Stand To Lose?

The banking industry can look at Vietnam, for instance, to see the novel effects of joining the CPTPP; the country saw increased domestic investment from abroad, increased access to various markets and their respective goods, and greater capital inflow, helping its cash flow and liquidity. If the UK Government fails to achieve some diplomatic dynamic, or even to provide some greater interventionist policy designed to protect domestic operations, such prospects for the banking industry are unfortunately off the table. If the Australian deal goes ahead (or, at least, some negotiated version of it), deals with Mercosur and the US are more likely to succeed, which would see greater engagement with other food markets as well as attention from international investment. Trade deals with the US would also be stronger after an Australian deal, particularly given the US’s assessment of British economic strength following Brexit. This would permit the transactional financial services between the two countries and greater access to respective markets. Fortunately, there is some security with the services of alternative conglomerates and associations; our sister company FinCred Insurance Services (IS) joined the allegiance of brokers UNIBA, offering versatile access to the services and consultancy of insurance brokers throughout Europe. Such benefits should not be taken for granted, particularly not in uncertain times like these; the Coronavirus pandemic, the Brexit referendum, and the permutations of various political movements throughout the globe are cases in point of the unpredictability of new global relationships. We can at least rest assured that there are viable alternatives and some safety nets still available for those involved in the financial trading and banking industries (see our previous article on the impacts of Brexit and trade arrangements on the services industries). For now, we advise those to remain attentive to any changes or updates to the ongoing negotiations; while Australia has previously accounted for minimal trade with UK on food and drink (only £384m throughout 2020 was imported), this trade deal is pivotal to future UK trading. It could either set the stage for an influx of wealth, or knock the first domino on the way to post-Brexit isolation. Keep posted on our website to find out more.